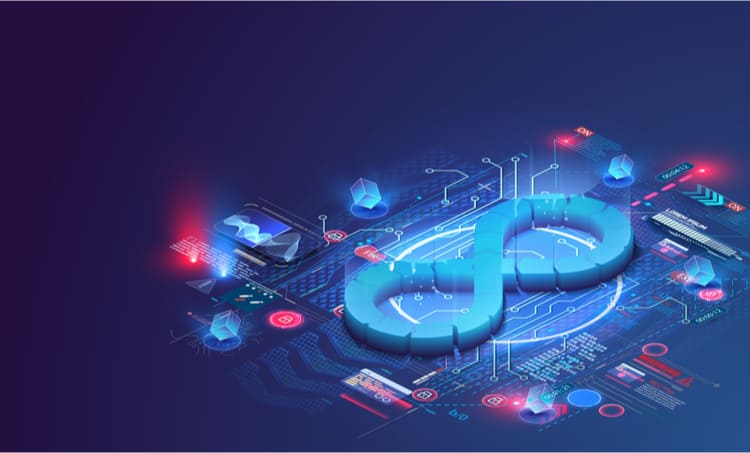 A crucial thing to note about the DevOps deployment pipeline is that it's highly project-dependent. It will change based on the team members available, the overall strategy, the context of the project, and more. However, regardless of the project type, there are some common threads and needs.

One of the biggest is automation. If the organization can automate the steps in their project, they should. This enhances overall results and ensures that necessary requirements are tested and met every time. Most of these solutions will arise from DevSecOps best practices. If the organization follows these, many of the steps towards a seamless deployment are streamlined.

When considering DevOps deployment, one subject that will come up, again and again, is Continuous Integration and Continuous Deployment (CI/CD). While the two DevOps best practices are often used together, they refer to two separate functions.

The CI/CD pipeline does two things to help DevOps deployment:

Meanwhile, developers no longer need to worry about a massive release on a single day. Instead, they implement changes as they make them—and they verify those changes with frequent testing and deploy incrementally.

Best Practices for Every DevOps Deployment

Security needs to drive DevOps deployment, turning it into a DevSecOps process. In doing so, organization takes the steps necessary to automate security at every stage. While it is possible, and sometimes needed, to build manual steps into the process, this should be the exception rather than the rule. If it can be automated, it should be. That's true of every DevOps deployment, regardless of the specific project. There are also a few other common threads that will streamline the process and shorten the development life cycle:

The DevOps deployment pipeline will be different for every system, but good CI/CD practices and automation should be part of every project. This strategy allows developers to check and release programs in segments while supporting centralized management. Overall, the developer can build better, safer software while shortening the development lifecycle.