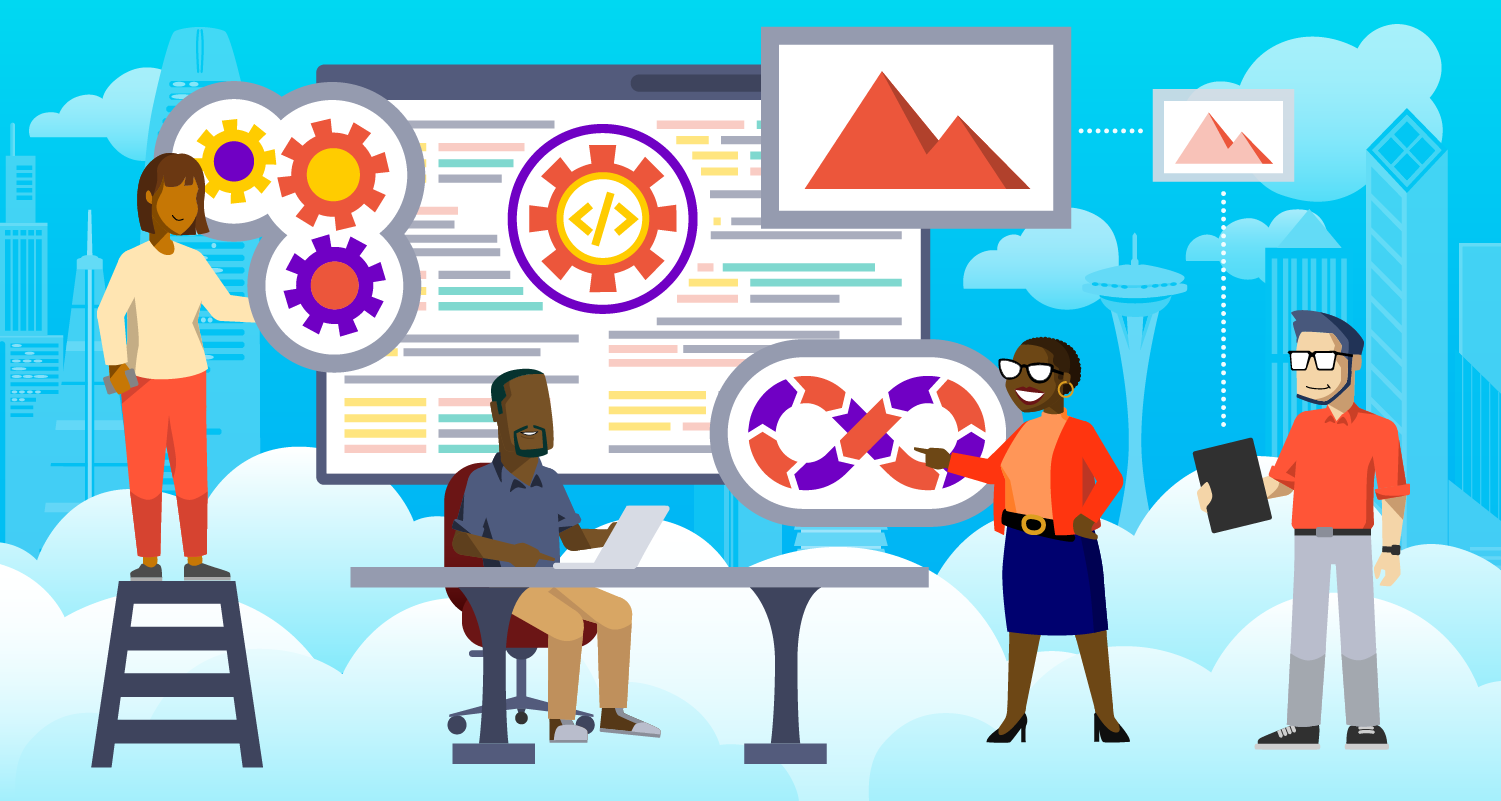 What is the difference between CI and CD? While often used interchangeably, CI and CD are fundamentally different concepts. A deeper understanding of CI/CD processes can help developers accelerate and automate feedback loops, providing heightened quality control and opportunities for continuous improvement.

What is the Difference Between CI and CD?

Often, we speak about CI/CD as a singular concept. While they frequently come together, they are separate concepts. In fact, there are three different concepts involved:

But it doesn’t have to. An organization can continuously integrate its codebase while still releasing its code packaged in large releases. CI/CD is about achieving the right amount of automation to improve the system's efficiency without affecting its stability. 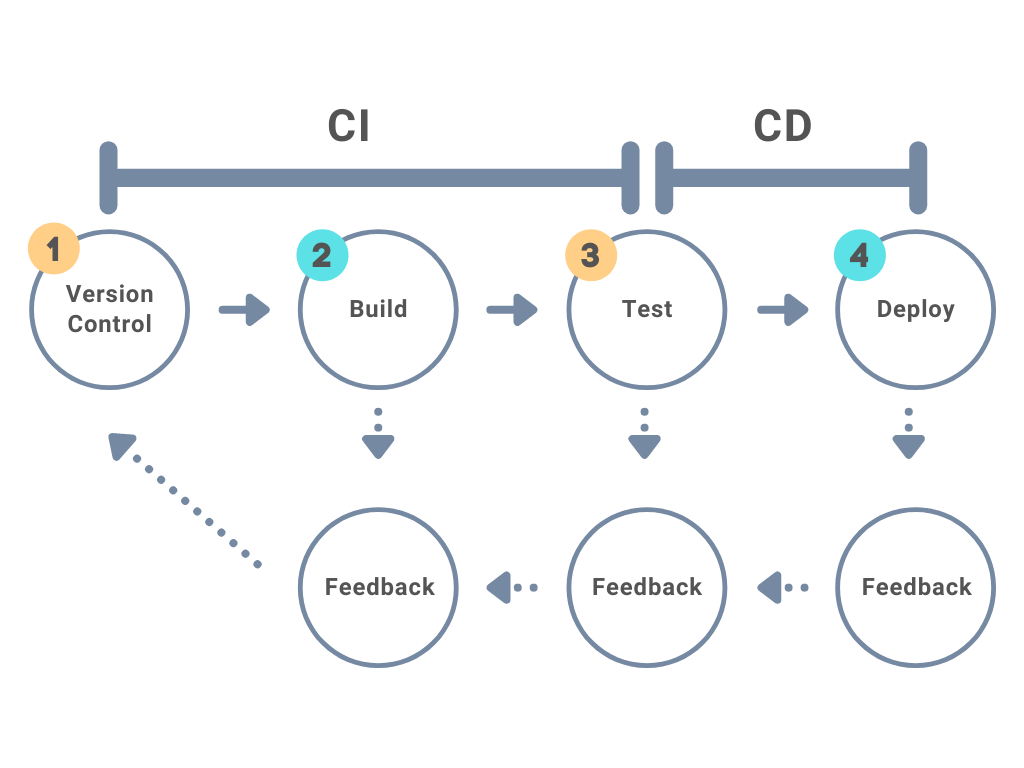 With Continuous Integration, commits are continuously consolidated into the main codebase and developers integrate code at least daily. This makes it much easier for many people to work on the same project simultaneously. Because developers continually integrate their code, each integration is significantly less disruptive. Team members can operate at their own pace and collaborate without stepping on each other’s toes.

Continuous Integration speeds up the feedback loop during development by flagging integration issues early on. The daily (or more frequent) feedback makes it easier to identify problems when they are smaller and easier to fix. Integrating in small batches can make it easier to figure out what is causing a defect. It also increases transparency between developers and across teams.

Under Continuous Integration, teams don’t need to worry about packaging huge commits and releasing profound structural changes. Instead, they can engage in smaller, iterative changes that are less likely to be disruptive.

With Continuous Delivery, commits are automatically packaged into a build and tested. Once they pass all required tests and quality gates, they are ready to deploy. CD provides developers and users with ready access to their deployments, making it easier for organizations to realize improvements.

Through CD, the small, iterative commits created by Continuous Integration flow through the pipeline quickly. The CI/CD process generates and tests builds and then brings them to a deployable state. Developers receive feedback much faster than they otherwise would. Once feedback is received, it can be acted on — whether that requires changes, fixes, or rollbacks.

Automatically deploying code provides quick access to user feedback. However, the cost is a more variable production environment. Some organizations balance this by using continuous deployment as part of a sophisticated progressive delivery strategy. This automatically deploys changes only to select users. Feedback from these users is then incorporated into future iterations of the development cycle. Progressive delivery requires not only an amenable userbase but also advanced rollback capabilities.

CI/CD and Accelerating the Feedback Loop

How does CI/CD accelerate the feedback loop? CI improves collaboration throughout the development process, while CD uses automation to streamline testing, staging, and validation so code is deployable at the push of a button. Throughout the process, quality gates compare commits against critical standards.

The faster the CI/CD process runs, the faster feedback can be incorporated into your development process, allowing teams to adjust quickly to new developments. 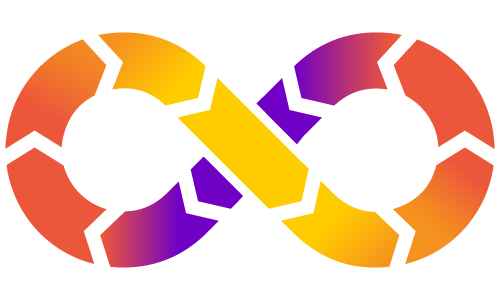 The DevOps process is an iterative cycle that relies upon a fast feedback loop. When smaller commits post more frequently, feedback returns faster. Developers can address issues before they become disruptive.

Through CI/CD — and the automated testing processes involved — companies can build a robust, responsive pipeline to support large volumes of changes. These fast-paced changes are pushed through a series of controls and quality gates to maintain stability and scalability, thereby enforcing product quality.

CI/CD provides the automation and orchestration necessary to do software development at scale. It empowers developers to focus primarily on development by facilitating collaboration, automating repetitive tasks, and ensuring developers have the resources they need, when they need them.

Now that you know what the difference is between CI and CD, you can see how, when used together, they greatly accelerate the feedback loop — facilitating robust, stable, and high-quality platforms with limited disruption. The more an organization leans on and improves its CI/CD processes, the more smoothly its production pipeline will run.