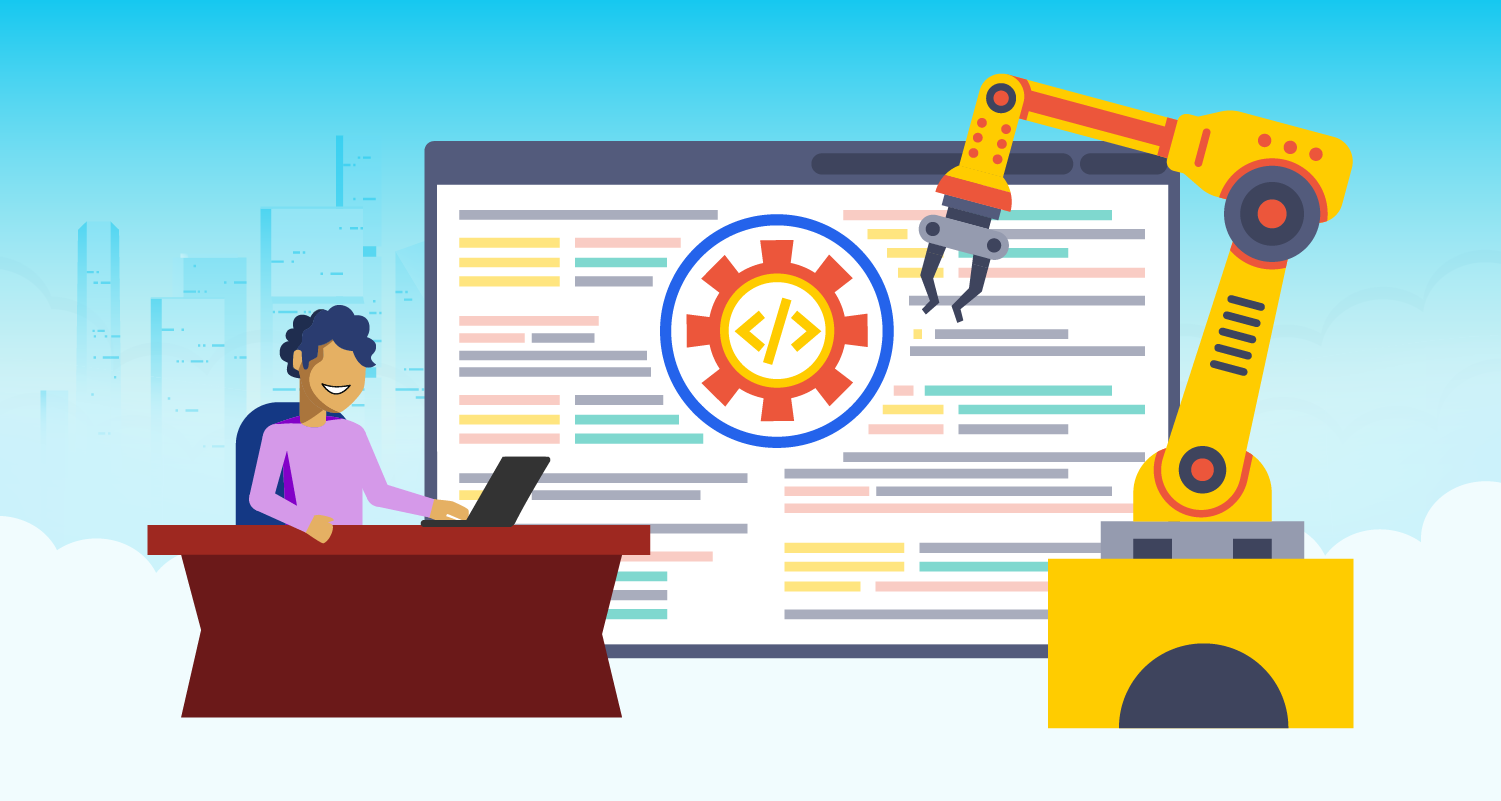 Modern developers have a lot on their shoulders. Following the pandemic, executives reported accelerating the digitization of critical portions of their businesses by as much as four years, and developers are the foundation of those efforts. Meanwhile, they're increasingly expected to take ownership of business processes like Lean and value stream management, while non-coding business experts take on development in low-code platforms. As DevOps teams implement change, risk increases. They need continuous testing to support system integrity as development speeds up and people adjust to new workflows. Low-code test automation is what makes it possible to achieve high test coverage at the volume and pace modern development demands.

But test automation doesn’t happen overnight. How do developers prioritize and implement best practices? It is here where business processes go from burden to asset for developers. We can use some of these traditional principles, focused on process and flow, to guide tool selection and value creation in low-code test automation.

Verifying the Value of Automation

Automating for automation's sake is not a goal. There's an up-front time investment in automation that gets overlooked amid the buzz. Invest in the wrong thing and the ROI goes negative. Tasks should only be automated if they meet three criteria.

Testing is a prime candidate for automation because it so often meets these three criteria. However, the volume of testing required in modern development makes writing and maintaining test scripts a tall order for many developers. Low-code test automation brings more people into test creation and maintenance. By streamlining the repetitive, tedious parts of test creation and maintenance, low-code tools can save time for citizen and professional developers alike.

Low-code test automation tools bring another opportunity: a chance to focus on best practices and create a robust, scalable testing strategy. This stems from baking business processes into testing and development. By focusing on the process, developers cut time to deployment and improve quality.  Developers can examine their own process to improve test automation tasks.

Automation in testing starts with building scalable test scripts. You want to minimize the time spent writing and maintaining these scripts. To do so, focus on creating repeatable scripts that can be used across many different test cases. This can be done by breaking each step in code creation down into atomic processes. Those processes should then be defined by a keyword — and different projects should use the same keywords.

A keyword-driven development tool can then create tests for automatable tasks across all your projects. When using such a tool, aim to keep keyword length between eight to 12 characters. This will avoid waste and streamline maintenance later.

When scripts are clear and readable, anyone can look at a test case and understand what’s happening. The test cases are written in clear, descriptive language and supported by succinct keywords. Readable tests are all the more important in low-code development where citizen developers modify and execute tests.

Visibility should play a key role in your test automation strategy. When everyone can understand tests at a glance, you can eliminate bottlenecks and test better, faster.

Developers should consider where their role fits within the overall ecosystem. Tools and strategies should not be focused on any single platform or device. When you can reuse the same test scripts for mobile and web browsers, you eliminate repetitive work and bottlenecks.

Flow is a common business process principle. When work moves easily through each stage of development, value does too. When workflows hit bottlenecks, value is stuck — and people get frustrated. One example of flow in development processes is the CI/CD pipeline, where changes are continually pushed into a deployable state. Continuous integration builds testing into the pipeline, validating code as it’s checked into the repository. A solid test automation strategy lets you deploy more safely without impeding flow.

#4: Set compliance and security as a foundation

Compliance and security should set the foundation of code creation. A breach in either can cause costly damage to an organization’s reputation and even impede its ability to operate. Test scripts can also be a particularly vulnerable attack surface. You need a way to ensure sensitive information remains secure throughout testing and that your test scripts comply with local and industry regulations.

Some tools leverage built-in security requirements so they can be enabled at a baseline level in the test script. Design your test cases to ensure security and compliance measures take place early in development, rather than being plugged in as an afterthought.

One problem with most low-code automation tools is that upgrades and system changes can break your tests. This means test cases require constant maintenance. That's a time-consuming issue that limits the benefits of automation. Between regular platform upgrades and new features for your custom applications, developers spend so much time maintaining tests that they don’t have time to create new ones or focus on more complicated work.

Some tools leverage AI to address this problem. Broken tests can self-heal in response to system updates. The test either adapts to the change automatically or triggers a notification that further intervention is needed. This is an exception-based approach to update management that saves time and effort.