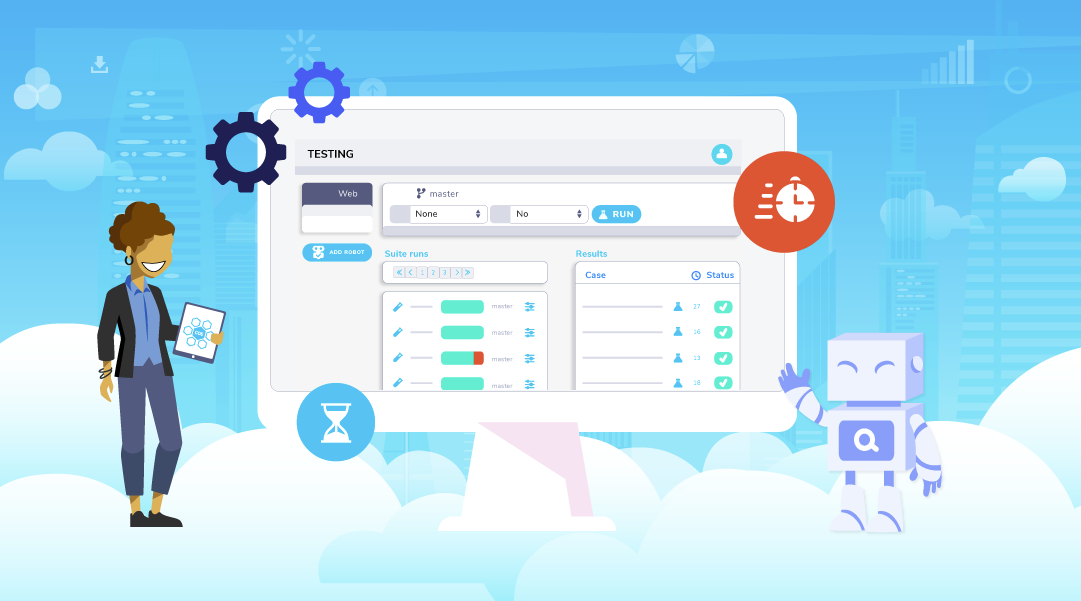 Selenium is a popular open source automation tool that’s been around for quite some time. It takes a free, no-licensing approach to automated testing and relies largely on community support to guide its use. However, while popular, software testing with Selenium has a few drawbacks that can make working with it challenging, time-consuming, and hard to maintain. And, despite common thinking, it comes with high costs.

For many business use cases, software testing with Selenium may not be the best option. This blog will talk about alternatives to Selenium so that your test automation practices can be as fast and effective as possible. We'll also discuss the lower learning curve of Copado’s low-code automated testing approach, which uses QWords. This natural keyword language helps produce self-healing and easier-to-maintain test scripts.

The widely used Selenium Web UI automation tool is free to use and compatible with the most popular browsers, including Chrome, Firefox, Edge, Internet Explorer, and Safari. While Selenium exists to test browser-based applications, it’s actually an on-premise solution, meaning you’ll need to invest in servers or virtual machines.

It requires a higher level of technical knowledge to get started with the test suite and has a steep learning curve for new users: One of the most attractive features of using Selenium happens to be one of its biggest drawbacks.

While this may not exclude pro-code users, it can restrict participation in the testing process for other users and lead to more time spent on test creation and test maintenance, compared to other low code licensed tools available in the market. Writing test scripts in varying complexity scenarios can be challenging for testing teams with varying levels of coding experience. Selenium is also notorious for needing continual maintenance, with even small UI changes resulting in broken test scripts.

Because testing with Selenium will require ongoing QA engineer oversight and effort to create, modify, and maintain multiple test scripts, a company should consider these factors before jumping in. Selenium is not the best fit for big testing suits. As a general rule, automated testing should help a testing team to eliminate error-prone, time-consuming manual tasks and free up valuable time. This is not the case with Selenium, if you are looking to escalate your test automation activities

Selenium-based automated testing can be challenging to set up and maintain and heavily dependent on programming knowledge and skill. Because of this, it can be beneficial to consider other low-code options to maximize software testing speed and quality.

In ideal situations, automated testing should help users quickly create and run test scripts while eliminating repetitive, error-prone manual tasks. Low-code options make the testing process much more straightforward so that more users can get involved. Business users who use low-code solutions can stop stressing about having the specialized knowledge and programming experience required to start software testing.

With the help of natural language keywords, called QWords, low-code users can easily create test scripts with Copado Robotic Testing. Pro-code users with more technical expertise can quickly expand on it for more complex and custom use cases.

Copado’s all-in-one automated testing solution eliminates the need for heavy scripts and maintenance. For a simple comparison, a multi-line test script in Selenium can be reduced to about four lines with Copado Robotic Testing for the same test.

The Benefits of Copado Robotic Testing

Pro-code tools, in contrast to low-code tools, require that developers create test scripts and maintain these tests continuously throughout several testing phases. This process can be a serious challenge for organizations with an insufficient number of qualified testers.

QWords are platform-agnostic keywords, which means you can use mostly the same QWords to write test cases testing mobiles, browsers, or native operating system applications.

Due to its ability to reduce the enormous effort required to maintain other automated testing tools and to enable more business users to participate in the testing process, low-code automated testing tools, such as Copado Robotic Testing, are gaining attention. Pro-coders and low-code users gain from a reduced technical learning curve, ultimately simplifying testing scripts for everyone.

Copado Robotic Testing can help eliminate concerns about time constraints, test coverage, and a lack of technical expertise required to support software testing. With Copado, your testing teams will be able to support faster testing phases and deploy with confidence!

If you’d like to learn more about Selenium low code testing options and how Copado can help support your testing efforts, contact us today!