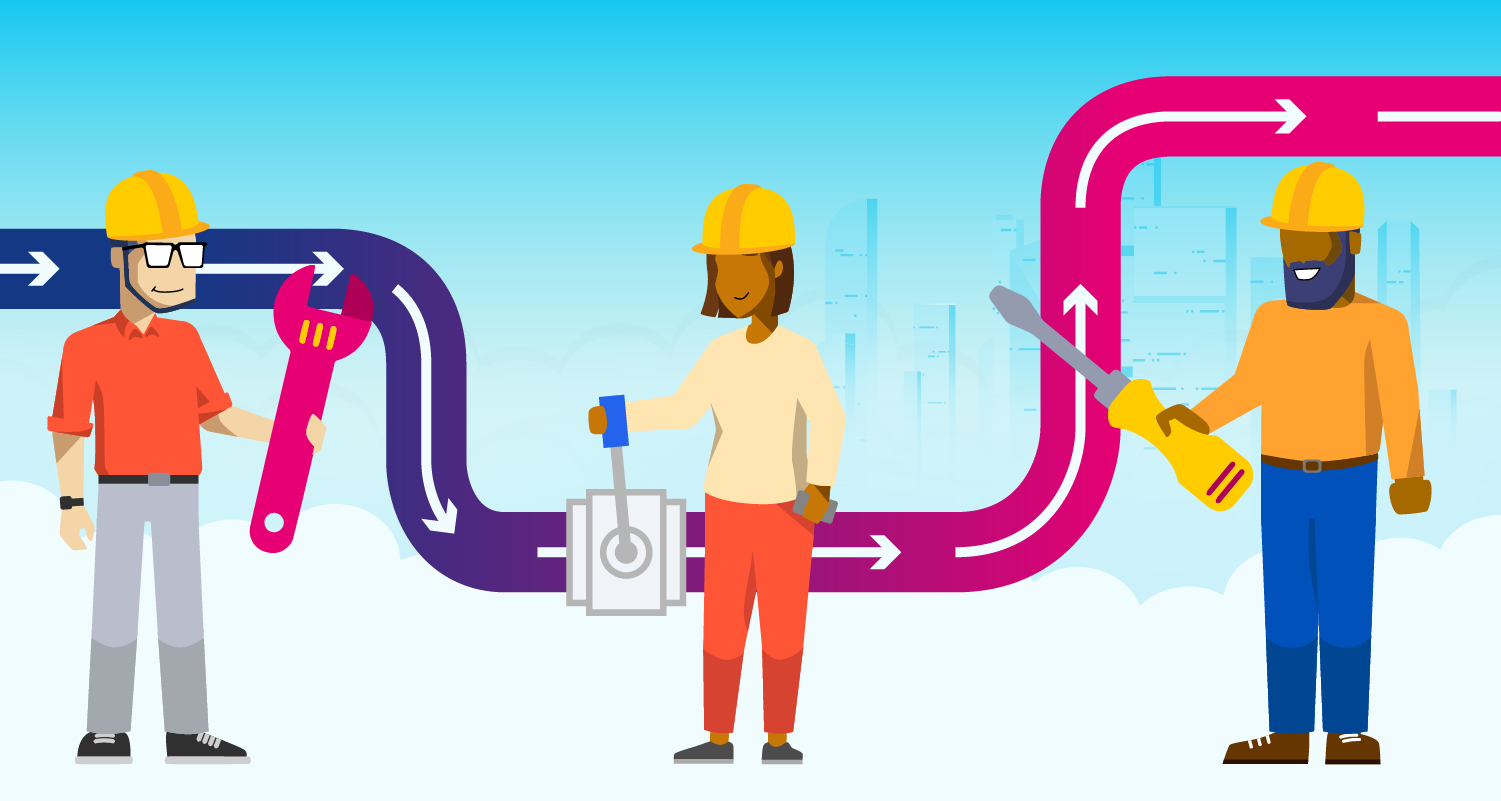 At a basic level, a DevOps CI/CD pipeline has four stages: continuous integration, continuous delivery, continuous testing, and, optionally, continuous deployment. Each of these stages relies on a number of tools to automate and streamline processes.

In this article, we take a deeper dive into each of the elements that make up a DevOps CI/CD pipeline to help you achieve the best deployment.

A software library is the collection of data and module binaries used to develop an application. Library management for CI/CD involves securely and efficiently storing, integrating, and managing these libraries.

Testing should be integrated into every stage of the CI/CD pipeline, and the only way to do this without slowing down development is through test automation. Test automation of CI/CD includes functional and non-functional testing, as well as compliance and security testing.

Security should be integrated into every step of the DevOps CI/CD pipeline through the use of automation and by bringing the security team into the fold from the very beginning stages of development. This practice is known as DevSecOps.

The last step of a DevOps lifecycle, as well as a CI/CD pipeline, is the monitoring stage. This is when you analyze the performance of your application as well as the efficiency of your development pipeline. You also collect and act upon feedback.

DevOps maturity requires a focus on continuous improvement, and metrics are vital to this process. DevOps metrics provide visibility into your pipeline, helping you identify problems and bottlenecks. Some tools also provide analysis and visualization of key performance indicators (KPIs). Some examples of DevOps metrics to track include:

Monitoring and logging tools provide observability into your application so you can identify and remediate issues quickly, shortening feedback loops. This improves the overall quality of your software as well as the user experience.

Use a DevOps CI/CD Pipeline to Make Release Days Obsolete

All of the tools, processes, and workflows in a DevOps CI/CD pipeline contribute to a more streamlined development cycle with frequent and painless releases. The best CI/CD pipeline is one that’s custom-tailored to your organization’s goals, skill sets, environment, and product. For example, the DevSecOps experts at Copado Strategic Services can help you create a bespoke DevOps CI/CD pipeline that addresses your particular strengths and weaknesses and allows you to deliver high-quality software faster and more frequently.