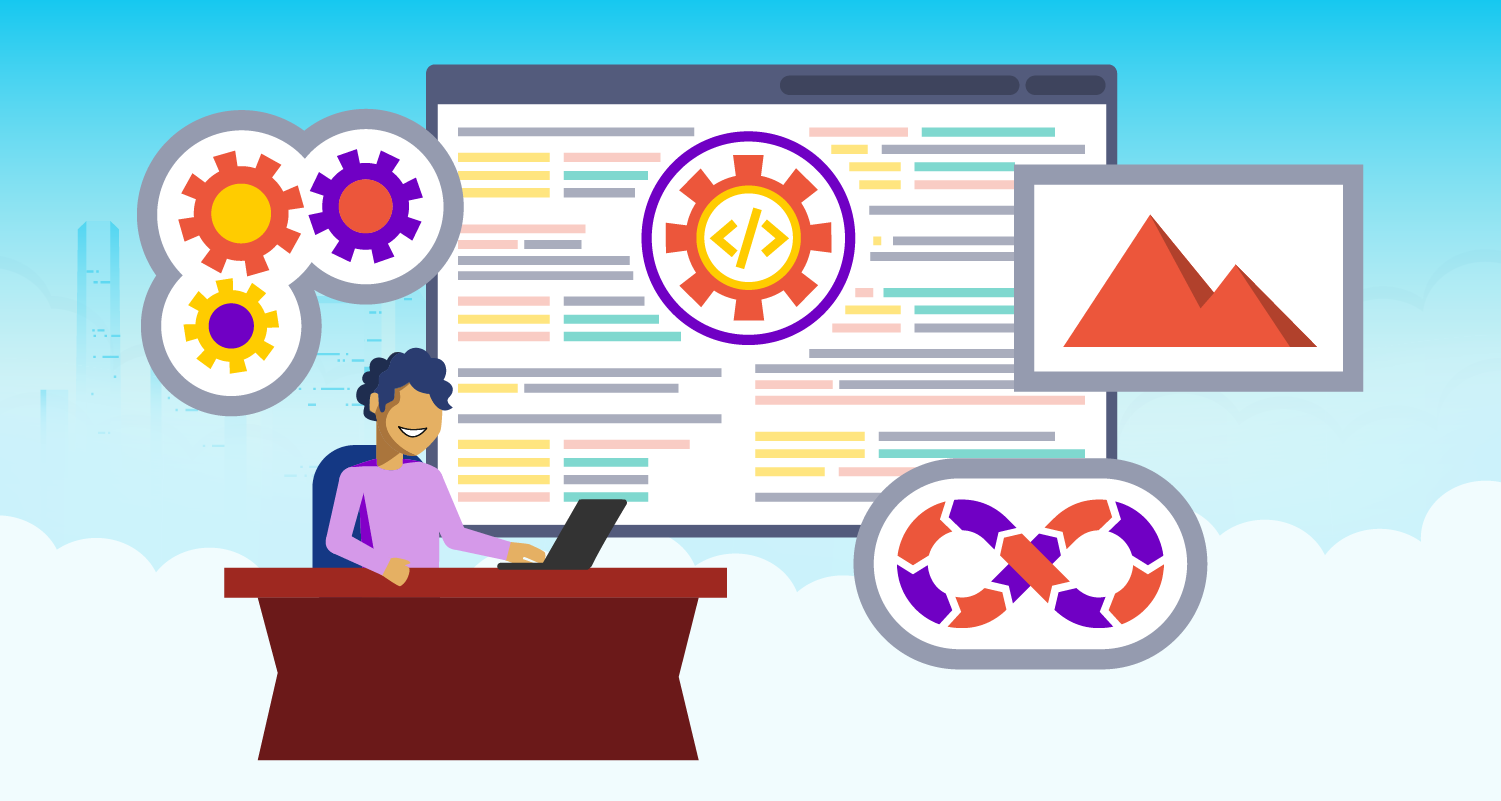 Developers play a critical role in DevOps organizations. In a traditional IT department, the development team has a limited scope – they write code then pass it off to QA, security, and operations teams to handle the rest of the software lifecycle. In a DevOps team, there are no barriers between departments, so developers maintain some level of ownership over the software throughout planning, development, testing, deployment, and production. In this blog, we’ll discuss how DevOps principles give developers more responsibility over the software development life cycle (SDLC) — and how that empowers them to innovate, optimize, and make the right decisions.

DevOps principles like collaboration, automation, shifting-left, and continuous improvement all give developers a larger role in the SDLC and more power to effect change in their organization.

Collaboration is the foundation upon which all other DevOps principles are based. One of the primary goals of any DevOps organization is to eliminate barriers and informational silos so everyone on the team can work together. This means filling in knowledge gaps and providing missing context. Sysadmins work closely with developers to ensure new environments are provisioned according to their exact specifications. QA and security teams run tests on new code as soon as it’s checked into the repository and then collaborate with developers to fix issues early in the SDLC. Everyone on the team knows exactly what everyone else is working on and how it all fits together, which makes it easier to adapt to changes, troubleshoot potential issues, and spot opportunities to optimize and innovate.

Automation is another core DevOps principle because it facilitates the speed and collaboration required for a DevOps SDLC without decreasing the quality of your end product. However, DevOps isn’t about automating at all costs — it’s about using automation strategically to improve speed and quality simultaneously. Since developers know the day-to-day operations involved in writing, testing, and supporting your code, they have key insights into which workflows to automate. They know which tasks are the most tedious, repeatable, and prone to human error. Empowering developers to automate their workloads speeds up the development process, which makes it easier to stay agile and pivot as necessary when requirements change. Plus, removing tedious tasks from a developer’s plate through DevOps automation gives them more room to innovate.

“Shifting-left” is the practice of testing code as early and often in the SDLC as possible, shortening feedback loops between QA, security teams, end-users, and developers. Shifting left allows you to catch and fix problems before they affect workflows later in the development cycle. In a DevOps organization, the best practice is to automate your functional, non-functional, security, and compliance tests so they can run simultaneously with other processes. This fosters a collaborative environment in which developers work closely with testers and security engineers to identify and resolve issues, giving developers more responsibility and ownership over the entire SDLC. Because testing finds problems in code soon after it's written, developers also get a clearer idea of why these tests are important and what’s causing these issues. This doesn’t just make fixing problems easier, it allows developers to learn from their mistakes, adjust their development practices, and write better code.

DevOps is often visualized as an infinity symbol because, rather than being an end-goal to achieve, it’s a never-ending journey of continuous improvement. Every software iteration and new project should be better than the one before it. Processes should become more streamlined, code quality should increase, and team members should grow more confident in their abilities and ideas.

Developers are critical to this process of continuous improvement. There’s often a disconnect between company SOPs (standard operating procedures) and the actual day-to-day operations. The developers know how their teams are actually getting their work done and the weaknesses in the current policies. Most importantly, they probably have ideas about how to do things more efficiently. A DevOps organization should empower its developers to have these important conversations with management to effect changes in company policy and procedures that help deliver a better end product.

Get Support for DevOps Principles

Adopting DevOps is not an overnight process. One of the biggest challenges in implementing DevOps principles is changing company culture. For example, you may need to embrace a management style that is less critical of mistakes, encourages everyone on the team to share ideas, and rewards innovation. You also need to help your people transition into new workflows and provide adequate tools and training to set them up for success.

That’s why the DevOps experts at Copado Strategic Services take a people-centric approach to aiding organizations like yours with DevOps adoption. Our proven Elevate Methodology can help you implement DevOps principles while empowering your developers to take ownership of the SDLC.