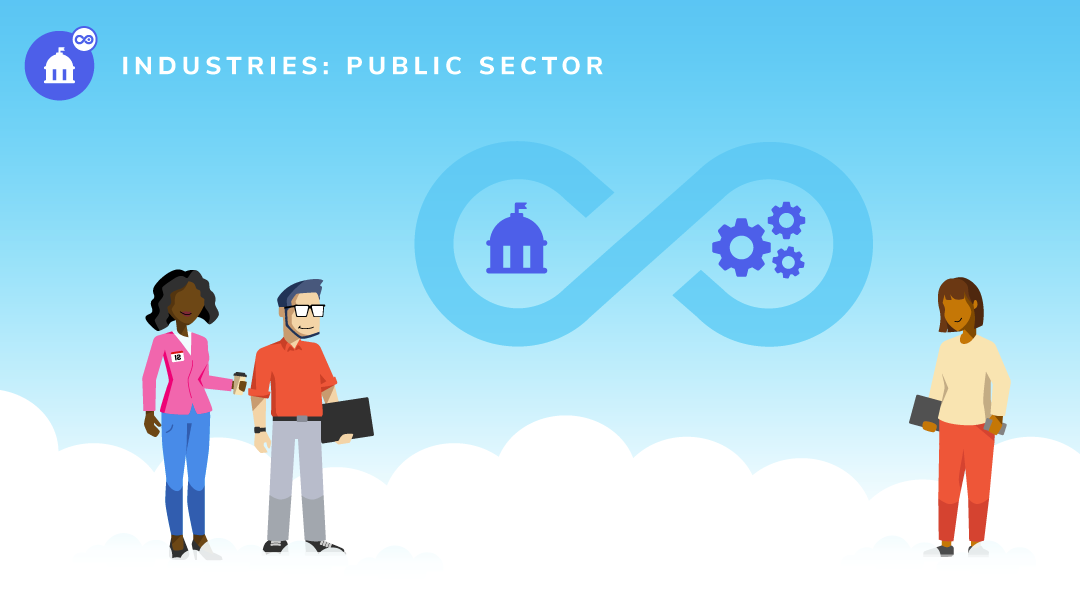 How do veterans in need stay eligible for homeless shelter services? How do they access the physical and mental health treatments they need? How do family members of veterans become caregivers?

From mobile apps to membership portals, today’s public sector agencies leverage Salesforce to support the U.S. Veteran community and beyond. Here’s the issue: Salesforce grows more complex the more you scale it across application development. And complexity leads to a hornet’s nest of security hazards and compliance concerns.

But with an admin-friendly DevOps solution, public sector agencies can cut through the complexity and transform at enterprise scale without fear of friction. A cloud-native, low-code DevOps platform allows these agencies to:

Justin Powall, Technical Consultant, Salesforce:
There's nothing better than working on a project that has a real impact on the world. Our caregivers support 27.3 million veterans in the United States — so I get to do work that I enjoy and make a difference at the same time.

Gurk Kainth, Chief Technologist, Booz Allen Hamilton:
I work with Salesforce within the VA ecosystem. When we first started, we had no process. It was the wild west. Everybody was doing whatever they wanted and it soon became clear that our process wasn’t scalable. Then Copado came along — and it felt like the right fit for the right problem at the right time.

Justin:
We had very smart and technical people on the team. But whenever something went wrong, they would fix it themselves. We ended up implementing Copado across all VA projects. We gave them all the tools they needed to check quality from the very beginning — versus having a homegrown DevOps solution and fixing everything at the very end. As a result, we cut our deployments down by half. Since we implemented Copado, we haven’t missed a single deployment.

John Preniczky, Sr. Technical Architect, Salesforce:
The VA program needed someone to organize dozens and dozens of developers. We were scrambling to hit deadlines, merge changes and get everyone on the same page — especially with a team of developers that work for different companies. It was way too time consuming.
It took us 6-8 week cycles to get things done. It just wasn’t productive. As more team members adopted Copado, we were able to reduce the development cycle.

Tom Gelo, Senior Director, Slalom:
We do a lot of work with state and local governments. We had a client who wanted to do DevOps better. They were using Salesforce to embark on a massive digital transformation — without anything in their DevOps stack.

This public sector client had a handful of pain points that were hampering their developer lifecycle. For example, they were struggling to pull stories and bring them locally onto their VS code. With Copado, it’s so much easier to deploy these stories using Version Control. Now, when something gets deployed to a source branch, I know who did it, when they did it and what they did.

I’ve lived through this process over and over again — and I can’t recommend anything except Copado at this point.

Gurk:
That commitment toward security approvals and certifications you need to get in the federal space shows Copado’s dedication to being a big player and contributing to the DevOps space and the federal sector.