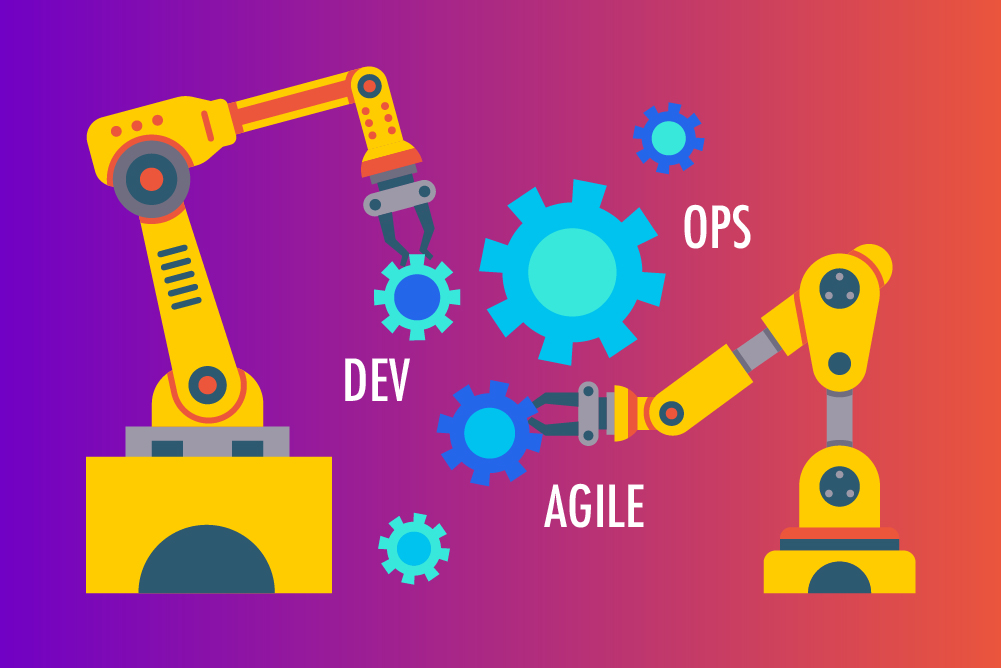 DevOps and agile are two popular methodologies founded on similar key principles to promote similar goals. Many organizations utilize some agile practices to help them achieve the continuous and iterative software releases needed for DevOps maturity. Others borrow from the DevOps philosophy to encourage better collaboration on their agile software development teams. However, for an even smoother deployment, you should consider a combined DevOps agile approach that blends the tools and principles of both methodologies.

First, a refresher on both DevOps and agile.

The DevOps methodology is based on the belief that breaking down silos between development and operations teams will lead to more streamlined releases. To enable this level of collaboration, DevOps organizations use practices like:

The agile methodology seeks to break software development down into a series of small, repeatable processes. Each step (or iteration) in the SDLC is as granular as possible so tasks can be completed in short sprints. This allows you to identify and fix issues quickly. You can also pivot on a dime in response to changing business requirements. The steps in a typical agile development cycle include:

Steps 1-4 are repeated over and over again for each iteration of the agile software project.

Why DevOps and Agile are Complementary Strategies

You may have noticed already that there’s no reason for DevOps and agile to be mutually exclusive because there’s a lot of overlap between them.

For example, both DevOps and agile aim to support more streamlined software releases. Both methodologies achieve quick and smooth deployments by “shifting left,” which means performing testing (preferably automated) as early in the SDLC as possible. That means you can identify and fix issues quickly before they’re integrated into builds and start affecting other code.

Both DevOps and agile also focus on continuous small releases rather than big, pre-scheduled updates. This allows you to shorten the feedback loop between developers, QA testers, and end-users so you can deliver a higher-quality end product.

Plus, implementing agile practices can help you achieve greater DevOps maturity, and vice versa. Many agile development teams find that CI/CD tools and practices are critical for testing and deploying their frequent code releases. The continuous testing and release schedule allows agile teams to collect feedback, reflect on anything that went wrong, and roll improvements into the next iteration while maintaining a tight turnaround.

The extraordinarily popular and well-defined agile development cycle is also a boon to DevOps teams, especially when you’re at the beginning of the DevOps maturity model. Breaking down every single DevOps process – including development, resource provisioning, infrastructure management, and other operations duties – into a series of small, fast, and repeatable tasks makes it much easier for teams to adjust to new workflows and organizational changes.

Remember that the ultimate goal of DevOps is to break down all barriers between development and operations, which can only happen if every person on the team knows their duties and how they fit into the puzzle. The agile methodology provides a powerful framework on which to start implementing DevOps culture changes and practices like CI/CD and IaC.

Utilizing a DevOps Agile Approach in Your Organization

DevOps and agile shouldn’t be viewed as competing methodologies. Using a combined DevOps agile approach ensures your teams can work together seamlessly to achieve more efficient and streamlined releases.