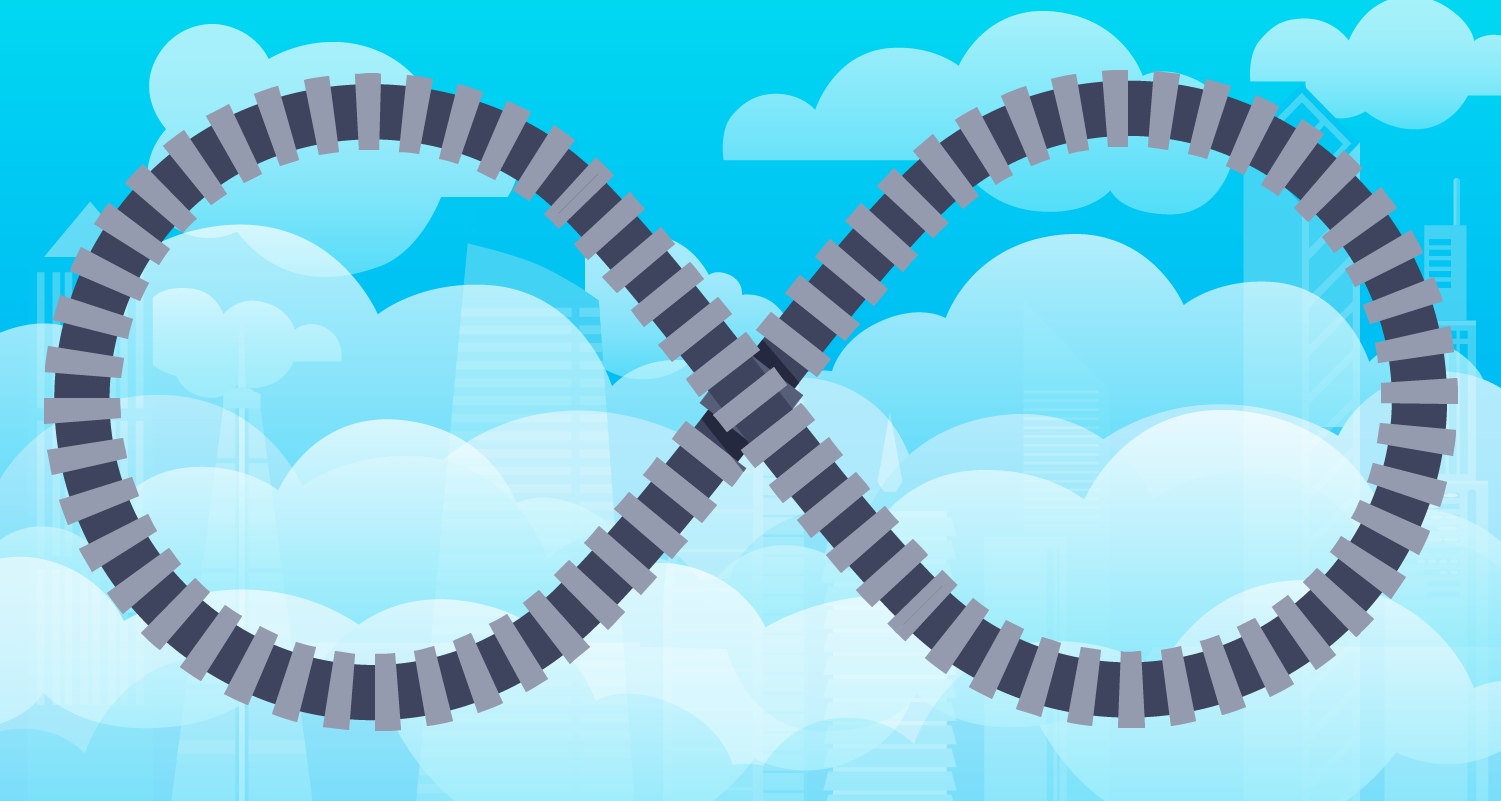 DevOps was created to streamline software development through collaboration, automation, and constant improvement. A DevOps development cycle is often represented by an infinity symbol because the goal is to continuously release software in a cyclical, repeating process. Modern DevOps uses CI/CD (continuous integration and continuous delivery/deployment) pipelines to streamline releases by integrating automation with building, testing, and deployment throughout the development lifecycle. The goal of CI/CD is to discover defects earlier, increase team productivity, and speed up release cycles. But what is a CI/CD pipeline, and why is it vital to DevOps success? In this article, we’ll explain the basics of CI/CD and discuss how a CI/CD pipeline leads the way to DevOps success.

What is a CICD Pipeline?

Continuous integration (CI) automatically merges code changes into a central repository as often as possible. It uses automated testing on builds to identify defects before they affect later stages. Accompanied by clear merging guidelines, CI makes it possible for multiple developers to contribute to the same codebase at the same time without stepping on each other’s toes.

Continuous delivery (CD or CDel) is the next step. CDel automatically delivers code through the pipeline to the various testing and staging environments. In a two-part CI/CD pipeline, the code most often goes through some form of human authorization before it can be delivered to production and released. Human authorization just means that a person needs to run a specific test or perform some sort of verification that can’t be coded or automated. For example, you might need someone to test different background colors and choose the best one. Or, the marketing department might need to approve the public-facing messaging in the application feature.

Some CI/CD pipelines have a third step, called continuous deployment (CDep). If the code doesn’t need any human authorization, CDep can automatically deploy and release software to customers as soon as it passes all programmatic bench marks.

A core component of CI, CDel, and CDep is test automation. Testing ensures that code meets all necessary quality and security standards as it automatically moves through your pipeline. It’s a DevOps best practice to test your code early and often in the development cycle so you can quickly catch and fix problems. However, manual testing can’t keep up with the pace of CI/CD automated integrations, deliveries, and releases. Test automation allows you to run comprehensive tests on your software at every stage of the pipeline without creating bottlenecks.

Why is a CICD Pipeline Vital to Your DevOps Success?

A CI/CD pipeline can help you streamline your software development lifecycle (SDLC) and help you transition to DevOps.

►  CI/CD with test automation allows you to discover defects earlier, which prevents them from creating problems in later stages of development. This practice, known as shifting left, streamlines the overall development process and increases the quality of your releases.

►  A CI/CD pipeline also increases the productivity and efficiency of DevOps teams. Automated CI processes empower developers to work simultaneously, reducing the amount of time people spend waiting for their turn at the bit. Plus, automated CDel means code can flow smoothly from one environment to another. With a pipeline, you can hand code off to the next stage without any delays.

►  CI/CD pipelines create faster release cycles through automated builds, testing, delivery, and deployment. For one thing, automation can handle these tasks much faster than a human could. But more importantly, automated CI/CD pipelines facilitate the constant, simultaneous collaboration critical to DevOps success.

What is a CI/CD Pipeline, and Why is it Vital to Your DevOps Success?