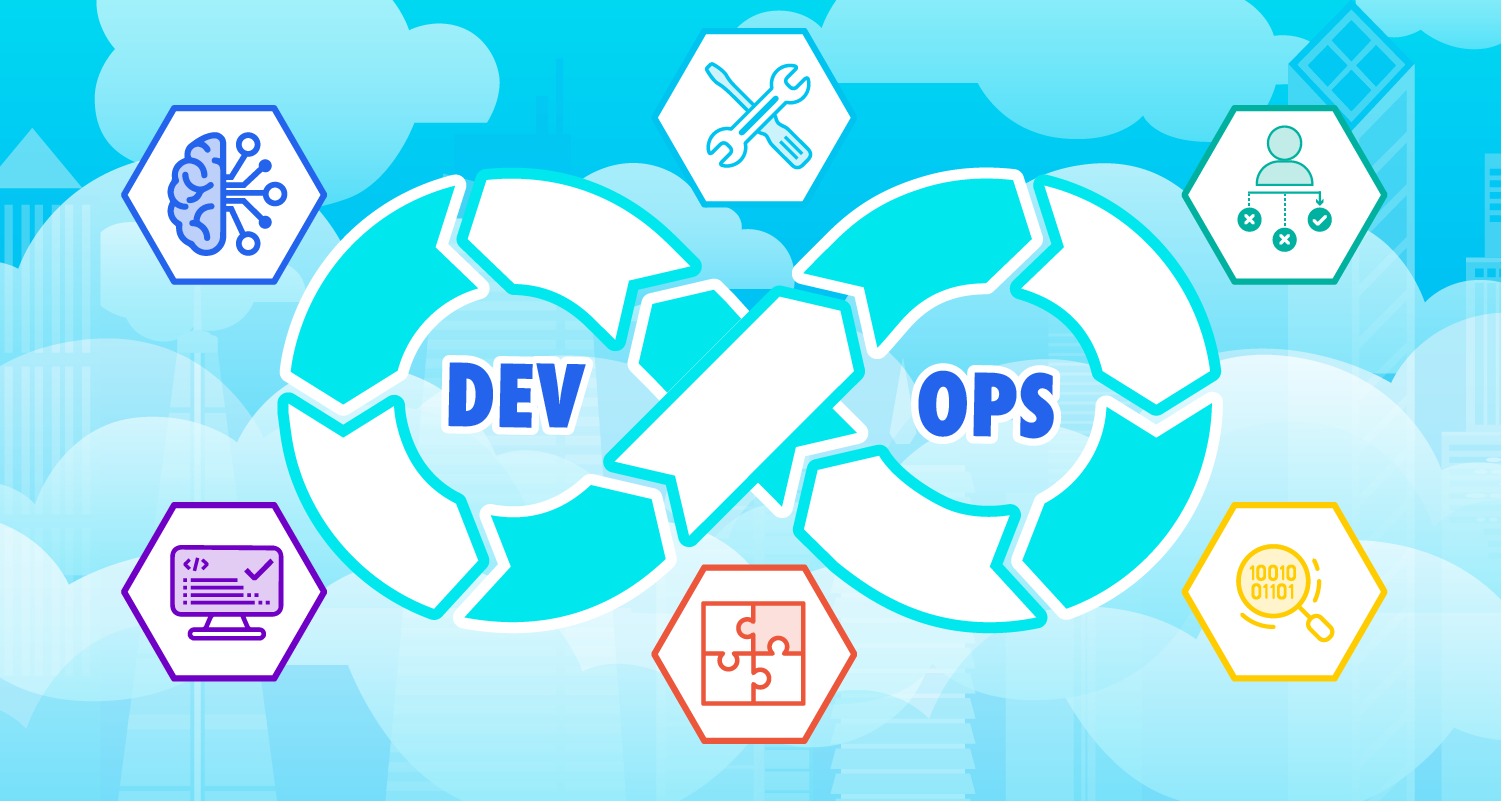 DevOps methodology forces you to rethink your development and operations processes to prioritize principles like automation, collaboration, and continuous improvement. To support those principles, you need the best DevOps infrastructure tools to provide the following functions:

Let’s discuss these categories in greater detail and explore how the best DevOps infrastructure tools add value to your business and teams.

In DevOps, containerization refers to packaging up a piece of software code and all its dependencies into an individual unit, called a container. A container is a standalone unit, meaning it runs independently and can be easily moved, deleted, or copied. Containerization contributes to a fast, agile, and efficient DevOps infrastructure.

Docker is an open-source containerization platform that has become a ubiquitous part of DevOps containerization. Docker is open source and portable, so you can easily move your containers to different clusters or platforms. The main limitation of Docker is that you still need a way to orchestrate those containers.

Kubernetes is by far the most popular cloud native container orchestration platform. Kubernetes allows you to scale, manage, load balance, secure and deploy your containerized workloads and applications (Docker or otherwise) across multiple clusters and hundreds or thousands of containers.

Chef is an infrastructure automation tool for DevOps that allows you to write infrastructure configurations as Ruby DSL scripts, or “recipes.” These recipes are then saved in “cookbooks,” which can be executed declaratively. Chef is highly scalable for large enterprises but has a steep learning curve and should ideally only be used by experienced software developers or IaC coders.

Ansible has gained in popularity over other infrastructure automation tools because it uses Python, a language many DevOps admins and coders are familiar with. Ansible’s YAML “playbooks” are executed declaratively and use an agentless system. Unlike Chef and Puppet, Ansible is fairly easy to learn and can be used by newer DevOps teams who don’t have as much experience with automation.

Another important aspect of managing DevOps infrastructure is monitoring and incident response. DevOps tools need to monitor both your applications (Dev) and infrastructure (Ops) and should support containers and orchestration so you can get a complete picture of your environment. Ideally, your monitoring tool will integrate with your incident response platform to further shorten feedback loops between end-users, developers, and operations.

AppDynamics is a full-stack DevOps monitoring solution that provides observability into your applications, infrastructure, network, and more. The platform gives you a central dashboard from which to visualize and monitor your entire DevOps environment, including analytics and visualizations.

Formerly VictorOps, Splunk On-Call is a cloud-monitoring and metrics platform for incident response. It lets you automate logging across systems or teams and supports integrations with monitoring tools and test automation platforms.

CI/CD, or continuous integration/continuous delivery, is a software development methodology that supports DevOps by shortening dev cycles and increasing collaboration. DevOps infrastructure tools for CI/CD usually address one or more of the following:

Source Code Version Control: All CI/CD code should be checked into a central repository that tracks versions and prevents developers from stepping on each other’s toes.

Test Automation: Tests should run on code as soon as it’s checked in to ensure it won’t introduce any issues to the existing codebase.

Build Automation: Some of the build tasks that can be automated include compiling code, executing integration and security tests, and publishing new code in the repository.

Continuous Delivery: As new builds reach the specified benchmarks for completion, they should automatically deploy to the production server to allow for continuous delivery of software.

Pipeline Management: You need a way to visualize, plan, and optimize your CI/CD development pipeline so you can identify issues and improve processes.

There are specific tools that handle each of these tasks, but the best DevOps infrastructure tools for CI/CD incorporate some or all of this functionality into a single platform.

Copado is a low-code DevOps and CI/CD solution for SaaS applications. Copado gives you a single platform from which to plan, build, and deploy applications, including:

Plus, Copado’s platform is low-code, which means even less-experienced “citizen developers” can use it. This makes it easier for your whole DevOps team to collaborate for more streamlined and efficient releases.

Put the Best DevOps Infrastructure Tools to Work for Your Organization

By combining the best DevOps infrastructure tools for containerization, automation, monitoring, and CI/CD, you can create a DevOps framework that supports your organization’s digital transformation. At the center of the framework should be the Copado low code DevOps platform for SaaS clouds. Copado supports integrations with all the best DevOps infrastructure tools, giving you a central solution to manage development across your entire environment.