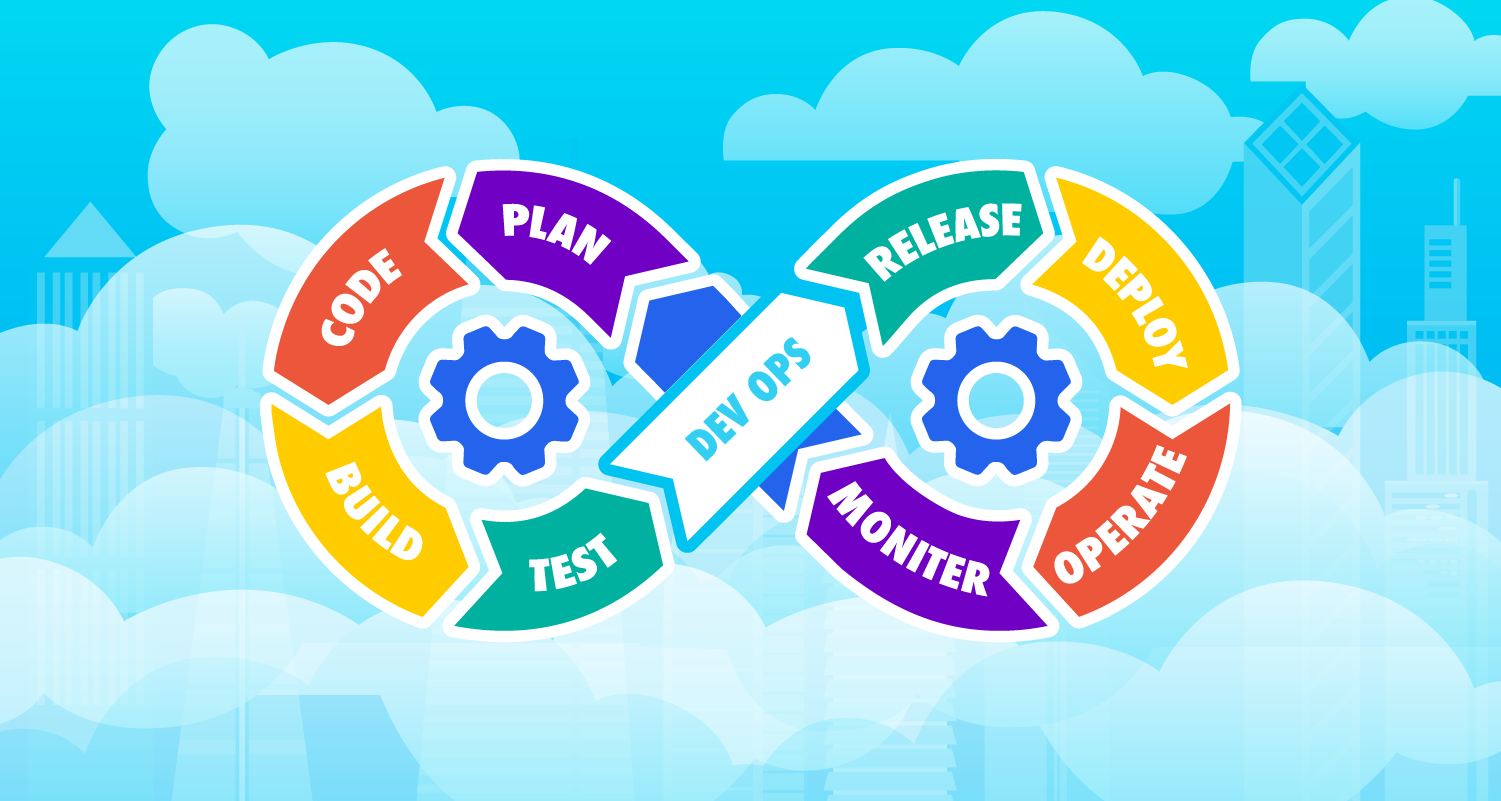 Anyone who’s worked on a software development project knows that things never go exactly according to plan. Business requirements, timelines, budgets, and customer expectations can change at any moment. Sometimes issues with the code or dependencies can force developers to take a new approach. To deal with the unexpected, you need an agile development process that allows your team to pivot on a dime when sudden changes arise.

Developing in and for a cloud environment helps make development more agile because cloud resources are more flexible and scalable than traditional infrastructure. DevOps further increases agility by automating tasks, prioritizing early and frequent testing, and increasing collaboration both within and between teams. When you combine cloud and DevOps, you can streamline the software development life cycle (SDLC). A smoother SDLC empowers developers to create high-quality code, pivot as needed, and release software faster.

How Cloud and DevOps Bring Agility to Development

Let’s examine the relationship between cloud and DevOps further to illustrate how they work together to bring agility to your development process.

With traditional hardware-based data center infrastructure, provisioning new environments is tedious, time-consuming, and expensive. Cloud-based infrastructure, on the other hand, is often delivered as a service that’s completely decoupled from the underlying server and networking hardware and available on-demand. That makes it possible to configure and deploy new resources using software tools, automated scripts, or even infrastructure as code (IaC) playbooks within minutes, not weeks. Cloud resources can also scale easily, removing the need to purchase new hardware or rent data center space.

This benefits DevOps teams in numerous ways. First, provisioning cloud resources is faster, which reduces the time your developers spend waiting for new environments. Second, automation can empower your developers to spin up and tear down their infrastructure as needed. Third, the cloud makes it easier to create duplicate resources, meaning you can deploy development and testing environments that are completely identical to the production environment. The more similar your testing environment is to production, the more accurate and useful your testing will be.

This speed and scalability make cloud infrastructure an ideal fit for a DevOps-Agile approach to development. That’s because DevOps is all about:

A key DevOps practice is to automate strategically to reduce human bottlenecks in the SDLC. With a cloud-based infrastructure, you can use automation to configure and deploy new environments on demand. Plus, third-party automation tools can hook into your cloud platform (provided they’re compatible) and then integrate with all your cloud resources, instead of needing to be installed on each server or VM in a traditional infrastructure. Automation can remove many tedious tasks from developers’ plates, which frees them up to work on more complex workflows. Because developers don’t need to repeat the same boring, manual tasks each time they set up, they can easily pivot when requirements change.

DevOps recommends that you test your software early and often in the SDLC so you can identify and fix issues before they affect later stages of development, a practice which is known as shifting left. Cloud-based test automation tools can integrate with your cloud testing environments even as you scale up and down, enabling this shift-left mentality without slowing down development or creating additional headaches for the IT operations team. The goal of shifting left is to catch problems early. Development teams achieve this by testing smaller batches or modules of code more frequently. When issues are found, developers only need to fix or modify that single unit of code instead of an entire application.

DevOps requires constant collaboration to ensure a streamlined SDLC and faster releases. A central source code repository with version control provides a technological foundation for an entire team to work on the same code base simultaneously without stepping on each other’s toes — and a cloud-based code repository lets them collaborate from anywhere in the world without VPNs. Plus, automatic cloud resource provisioning helps remove the barriers between development teams and IT operations teams, creating a more collaborative culture and increasing overall productivity.

However, it takes more than technology to facilitate collaboration — you also need the right policies in place. Clear guidelines for development, branching, and merging establish the  common standards and shared expectations necessary to keep developers from getting in each other’s way.

Combining cloud and DevOps can help you create a more streamlined and efficient SDLC so that you can release high-quality software faster. To take advantage of these benefits, you should follow best practices such as:

Creating a culture shift in your organization to support cloud and DevOps is often easier said than done. All stakeholders and business units need to agree to prioritize DevOps principles and get on board with the migration to cloud-based infrastructure, resources, and workflows. That’s why the cloud and DevOps experts at Copado Strategic Services take a holistic approach to helping organizations like yours achieve digital transformation. The Copado team can help you create a cloud DevOps strategy that addresses your unique people, processes, and products to bring agility to your development process and streamline your release cycles.