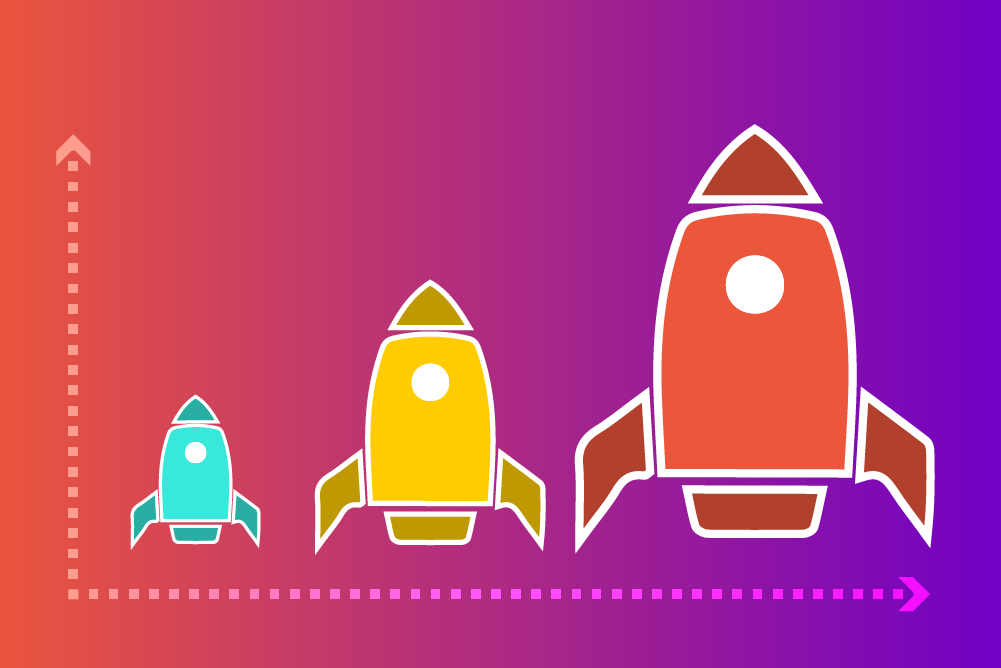 What Is Scalability Testing?

Scalability testing measures how a system, application, or network performs as it grows in size and complexity. A type of non-functional testing, scalability testing does not seek to test a specific behavior but rather to evaluate your system’s ability to meet growth requirements. Typically, the number of user requests determines when to scale up or down. However, different systems can use other performance attributes to measure scalability.

Why Does Scalability Testing Matter?

Now that “what is scalability testing?” has been answered, another question arises: why is it important? In short, scalability testing helps uncover major infrastructure errors that may not be caught by other testing methods, like load testing.

Since this form of testing covers all levels (hardware, software, database), you will also be able to pinpoint the source of defects. Scalability testing not only determines the point of application degradation but also tests the system's ability to accommodate change.

What Is the Difference Between Scalability Testing and Load Testing?

Comparing scalability testing vs load testing reveals a lot of similarities but also some key differences. Here’s a handy chart to lay it all out for you: 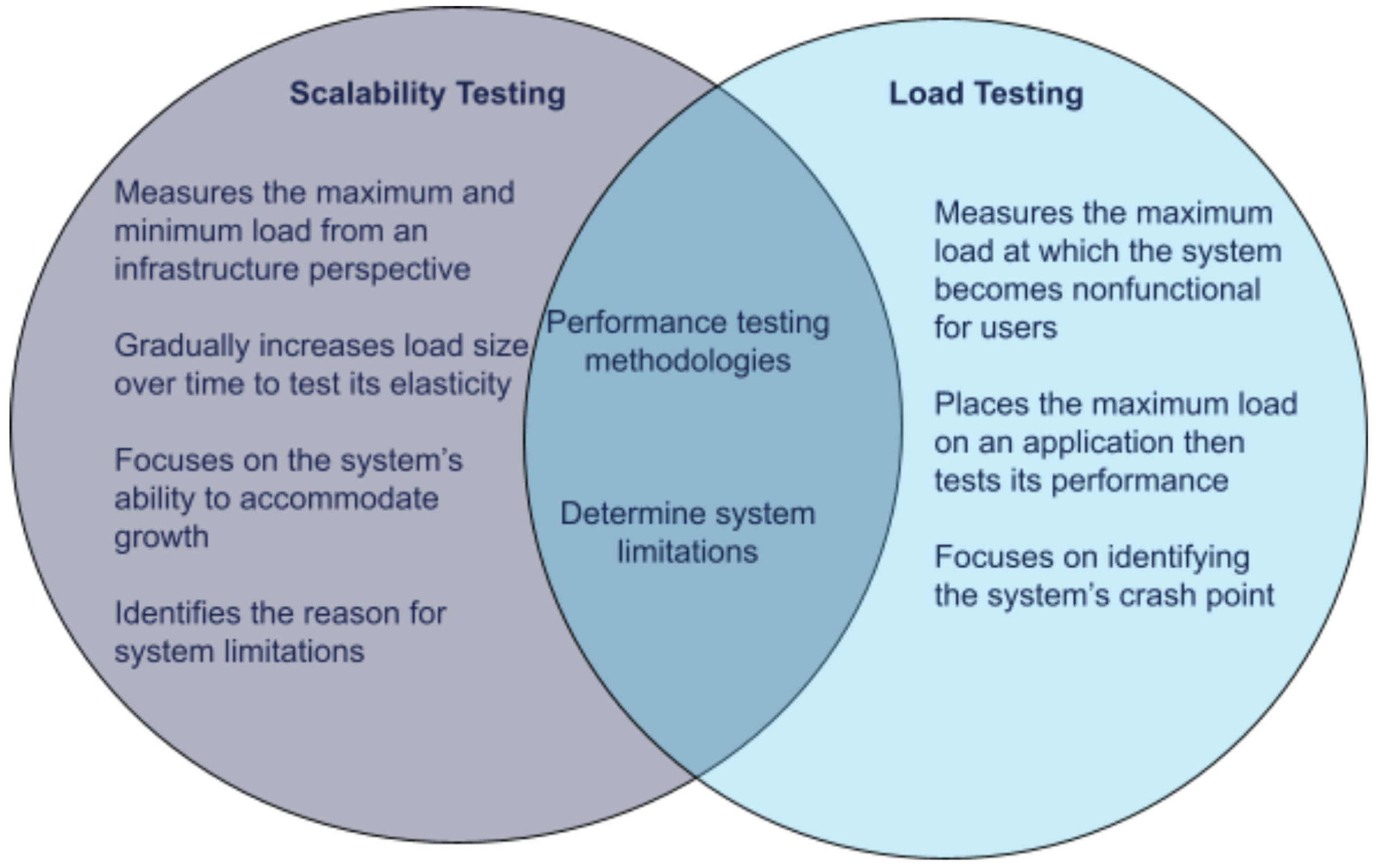 Once scalability testing identifies the point of system failure, it works to determine the reason behind it. Because you’re testing your entire infrastructure, locating defects is easier than when you test from an individual user’s perspective. Consequently, scalability testing reduces the time and resources testers must spend tracing issues to their source.

Any size business can benefit from scalability testing, but those prioritizing growth should pay special attention.

How to Execute Scalability Testing, Step by Step

1. Define. You must define three primary elements of your testing framework before you implement scalability testing:

a. The criteria for scalability.

b. A repeatable process for scalability test execution

2. Configure. Next, you can begin to list the software requirements for running the test. At this point, you’ll also need to configure the necessary hardware for execution. When setting your test environment, you’ll need to verify that it can withstand your scalability testing cycles.

4. Verify. Verify each of the components from Step 3 (visual scripts and load test scenarios). Repeat your test scenarios for a multitude of users under fluctuating conditions, such as hardware and database changes.

5. Execute. Put your scenarios to the test within the test environment you’ve created. Generate any reports necessary to prepare for the final step.

6. Analyze. Here’s where all your hard work pays off. Analyzing the results is vital. After all, what is scalability testing without analytics? Now you can use the data collected to identify areas of improvement both in your testing setup and end product.