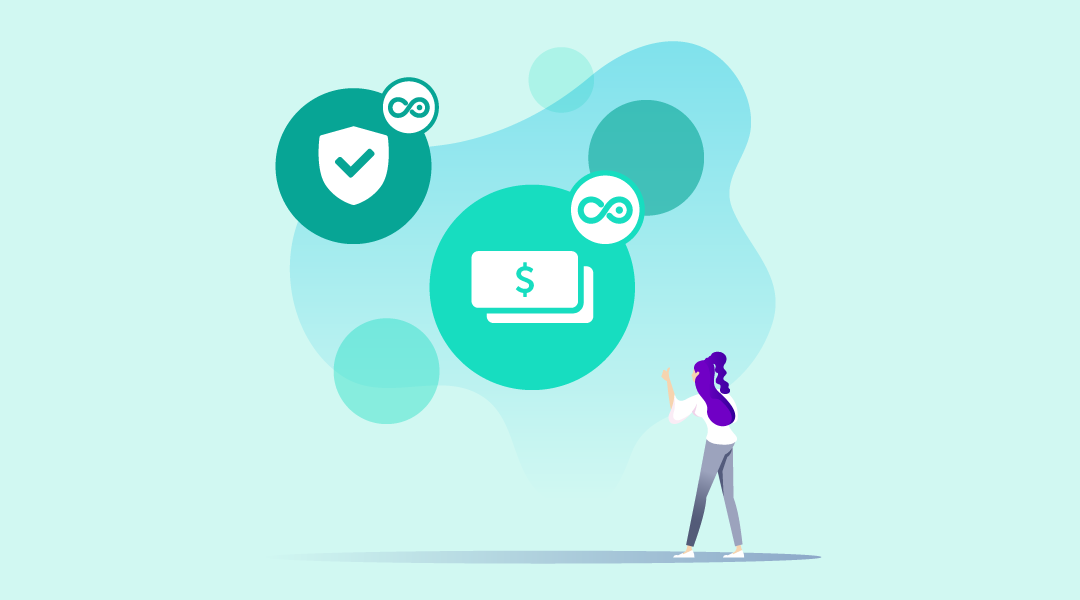 The financial services industry is at the cusp of next-gen technology transformation.The emergence of automation, AI and click-based connectivity is helping banking, insurance and wealth management firms paint the vision of autonomous finance. While the buzzwords and visionary use cases are growing, the reality is that most established financial services companies are in the early days of digital transformation.

And the latency in transforming is costing established institutions real revenue. PwC reported that as of 2020, 22% of insurance and wealth management firms were at risk of losing market share to emerging FinTech. When they looked at banks, that jumped to 28%. In reality, Financial institutions are fighting two battles, one to close the Fintech gap and the other to stay ahead of nex-gen technology adoption. And two win both, they need to move fast.

Across the financial services sector, businesses are turning to low-code application platforms. The 2021 State of Salesforce DevOps Report: Financial Services Edition revealed that 80% of banking and insurance respondents have adopted low-code platforms such as nCino and Salesforce Industries (formally Vlocity). These platforms offer hundreds of configurable financial capabilities (from loan origination to self-service claims management), and API endpoints that allow IT teams to plug Salesforce solutions directly into critical technologies.

In many ways, these platforms transform how companies build cloud technologies. Still, there’s more efficiency to be found — and it’s rooted in low-code too. While Financial Services Cloud, nCino and Salesforce Industries address application functionality and configuration, they don’t address the development lifecycle. And as teams increase sprint size and team size, they’re in need of tools that manage deployments, testing, code repositories and compliance. And they need these tools to work for admins and low-code developers. 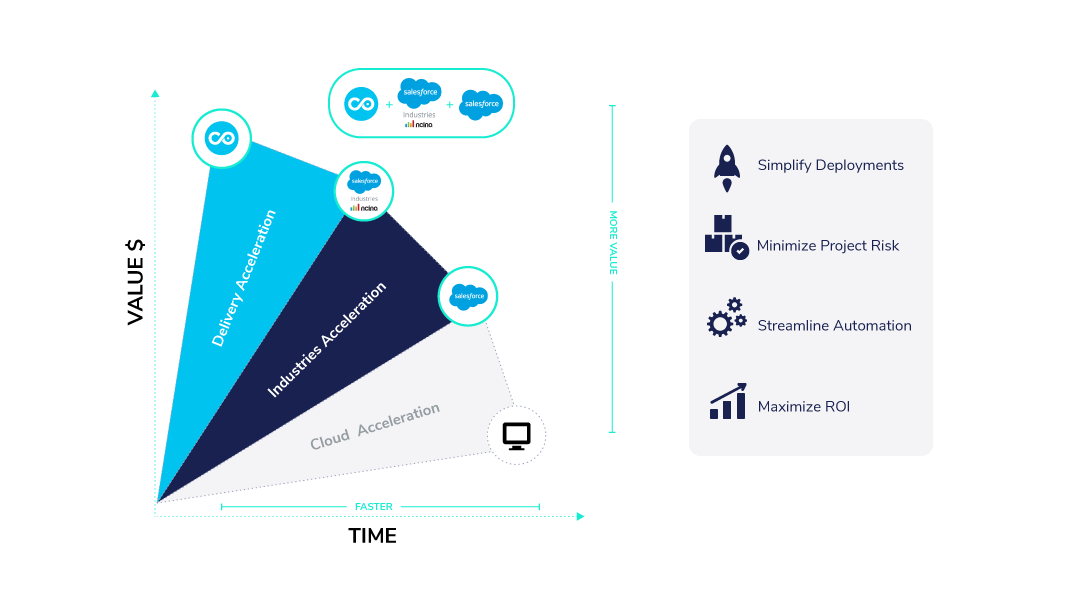 Let’s take a look at how American AgCredit (AAC) scaled from two admins to three agile teams with additional systems integrators to re-platform the banking operations on Salesforce and nCino.

Like many Salesforce customers, just a few years ago, AAC had 2 admins managing Sales Cloud, and changesets easily met their needs. But as the bank built out their digital transformation roadmap, Salesforce became a critical platform for modernization. And the team of two was tasked with building out banking operation and customer onboarding on the low-code platform. That’s when then brought in nCino and Salesforce Communities to help accelerate their roadmap implementation.

Within months, the team grew from two admins to three internal agile teams and multiple 3rd-party vendors. And the challenges began to mount. Teams were overwriting work on almost every merge. They didn’t have a structured way to resolve conflicts. The data management for nCino was much more complex than expected. And ultimately, their implementation projects were at risk.

As they began assessing solutions, Copado emerged as a front runner. It offered both the admin-friendly UI and level of enterprise support they needed to hit their transformation goals. With Copado, the team was able to implement:

Copado not only enabled their developers and systems integrators to move faster, it allowed them to democratize DevOps across their full team, including admins. With Copado, their admins and BAs can commit changes directly into their development pipelines. Andrew Toews, the team’s Solution Architect, explained how critical this was, “80% of the work we do is configuration based. And we’re not at a scale where we can have people dedicated to promoting changes through the whole process. We had to be able to democratize that ability throughout our whole team.”

Lastly, AAC needed to be able to support a centralized pipeline model to meet their compliance standards. While traditional DevOps calls for small-batch deployments, this approach wouldn’t work for AAC. They needed to deploy all changes to a centralized staging sandbox to ensure UAT hit all their compliance needs. This means that at any production release, they could be deploying north of 2,000 metadata items.

Luckily, Copado had them covered here too. Not long into their journey with Copado, AAC had a release that consisted of 2,083 metadata items. For many companies, such a release comes at high risk and often round-the-clock work for release teams. But not for Toews and the AAC team.

“It was a beautiful release morning,” Toews said. “Within 20 minutes, everything was in production without a single bug.” — Andrew Toews, Salesforce Solution Architect

Fast forward to today, and AAC is continuing to re-platform more operations into nCino and Salesforce. Compared to their first few months, they’ve got a well-oiled machine. And for them, success has been two fold — it’s rooted in the right low-code applications and the right DevOps solution. Toews summarized their success simply, “Copado takes the technical challenges out of DevOps. Being able to see the full history of the org is really powerful.”

Like any successful IT strategy, low-code success isn’t rooted solely in technology. It’s when companies invest in people, process and technology that they see the biggest gains. In 2020, the financial institutions with mature DevOps processes saw 30x shorter lead times. And when businesses can get new features into production 30x faster, they not only unlock efficiencies, they also unlock ROI.

Schedule A Personalized 1:1 Demo to See How Copado Can Help You Scale Salesforce