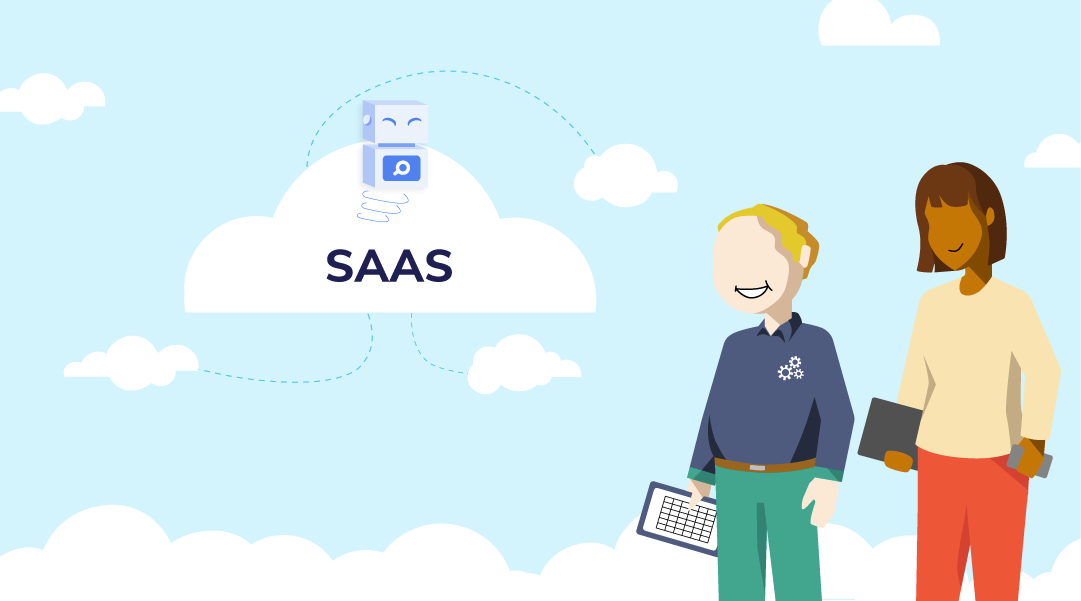 You used to have a limited choice when selecting test tools. Do you want to be locked into expensive, cumbersome perpetual licenses, or do you want to fly by the seat of your pants with open-source? Essentially, you were stuck between a rock and a hard place. Nowadays though, you have a much better option - SaaS test tools. With SaaS you get a flexible, connected, and affordable solution that’s fit for the digital age.

Historically, the big perpetually-licensed test tools gave you pre-packaged stability but carried a hefty price tag. Open-source tools on the other hand, gave you a lower entry cost, but a heavy reliance on expert resources. Both options required sacrifice, neither gave a perfect solution, but they were all you had. They couldn’t work together, so that was the choice you had to make.

They were the early days of test tools, they were dark times, and thankfully they are behind us. Across the board, technology has accelerated and adapted, and test tools have finally caught up.

Once upon a time, you could only buy test tools via perpetual licenses. This was a stately time of large empires who cared little for their subjects. The tools were expensive and lumbering, inflexible, and full of issues. But they were the best options around, and they were trusted by big business. Well, maybe trusted is a step too far. Rather, they allowed CIOs to cover their rears.

In these olden days, you paid large upfront costs and ongoing annual maintenance to monolithic corporations. In return you got a relatively robust, packaged product. Support was available as required and occasionally you might even get a roadmap for future development – when they needed to placate their subjects.

These tools still exist in the marketplace today, albeit with ever-decreasing prominence and ever-changing ownership. They shall remain nameless, but you’ll probably know a few of them. If not, ask your parents.

Then, like a crazy whirlwind, came the open-source movement. Let's call this the Wild West. Gone were the huge license costs and the annual maintenance, but also the professional infrastructure. It was a free for all.

Success with these products depended more on the maverick hotshots operating them. Guns for hire, with high bounties and a tendency to shoot from the hip. Success was there to be had, but the risks were high, especially if you employed cowboys.

Don’t get me wrong, open-source tools play a part in the DevOps landscape. They work best though, when corralled into place by industrialised, professional products. According to the 2019 State of DevOps report, only 22% of DevOps teams rely primarily on open-source tools, whereas 70% use commercial tools within their process.

It's easy to look back at these previous ages and laugh, what were we thinking? Why such extremes! You've got to remember; this was a time before ubiquitous internet. This was a time when we flip-flopped between distributed and mainframe environments, where technology was all around us, but it hadn't quite settled down yet. It was all still working itself out.

Obviously, there's still flux in technology, but we've seen the end of these great swings between perpetual and open source. Like a pendulum swinging to left and the right, gradually we’re settling on a middle ground. We've reached modernity.

Nowadays, you don't have to choose between flexibility and stability. Modern test tools are robust and dynamic. With SaaS tools like Copado, you get a professional infrastructure, but only pay for the licenses you need, when you need them. You're not paying annual maintenance, but you still get ongoing support.