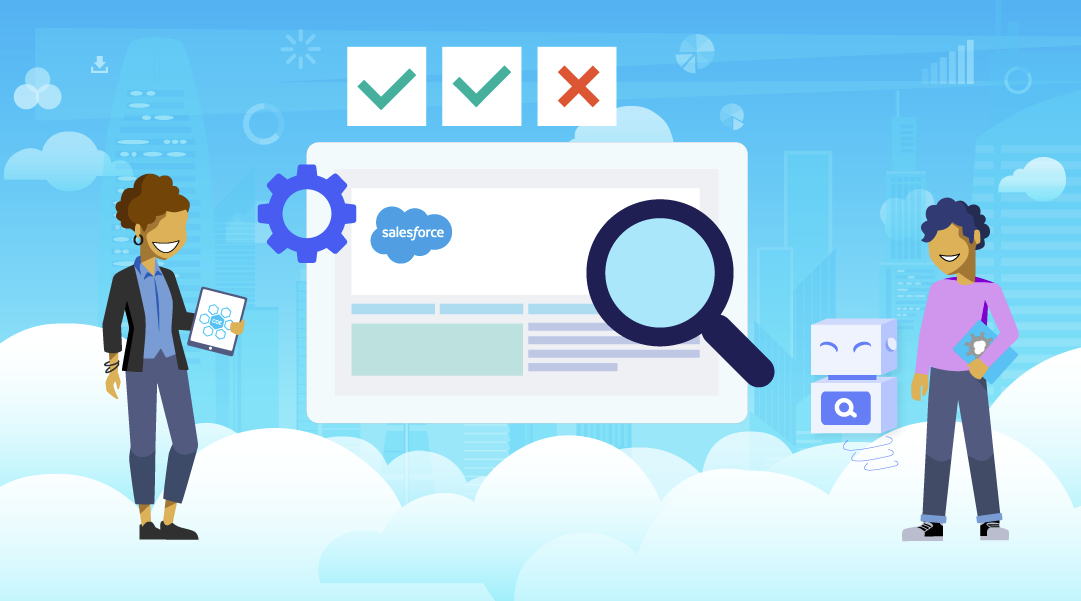 Salesforce is one of the largest and most advanced business software platforms. It has risen to prominence by tackling a huge range of business scenarios out of the box (especially for sales, marketing, and service) while also providing a low-code development platform that allows for fully custom development. The Salesforce platform is highly customizable, versatile, and user-friendly. This has enabled millions of non-coders to get involved in making changes to Salesforce applications. While this is fantastic in enabling fast innovation, such rapid change by such a large number of contributors creates enormous risk of breaking existing functionality. Every new feature, function, modification, and integration will potentially impact your Salesforce Org's functionality.

According to recent Copado surveys, more than 92 percent of Salesforce teams experience production issues due to inadequate testing. Testing poses a considerable challenge for teams who lack time to test changes before release. The pressure to release quickly can cause teams to disregard quality assurance, which can result in serious problems later.

Here we’ll discuss the importance of Salesforce automated testing, what to look for when building your testing strategy, and what to include in a test case. Additionally, we'll examine how Copado Robotic Testing is a fantastic way to enable your QA teams to support and accelerate your testing processes.

The Importance of Salesforce Test Automation

Two of the most compelling benefits of Salesforce are how easy it is to change, and how Salesforce automatically upgrades customers with three major releases per year. The shadow side of these benefits is the constant risk of change that could disrupt a business.

Immature Salesforce teams find it tempting to make significant changes directly in production. But this makes it difficult or impossible to detect and roll back problematic changes. There’s been a growing trend towards automating Salesforce deployments using tools like Copado CI/CD. Every significant change to code or configuration creates a risk of breaking other things, so teams should perform sufficient testing to catch bugs in earlier stages of development when they’re easier to resolve and much less expensive to fix.

Salesforce test automation should have two primary goals. After introducing new customizations, modifications, and integrations, testing should confirm that your Salesforce organization still functions as intended. Testing should also guarantee that your current functionality is operational before each Salesforce update.

How to Build Your Testing Strategy

Having discussed why Salesforce testing is important to ensure high-quality, bug-free deployments, it's also critical to understand the significance of having a comprehensive test strategy and to create a test strategy if you don't already have one.

An effective Salesforce strategy should establish clear goals and testing requirements to support software development. It should prioritize protecting business-critical processes and end-to-end integrations, without putting too much burden on the development team to create, execute, and maintain tests.

Your testing strategy must consider the skills and limitations of your current testing team. Who on your team will be creating the tests? How and when will you run them? How brittle are the tests (do they often break and require maintenance), and do they provide a reliable indication when something is actually wrong as opposed to false positive results?

A solid testing strategy should consist of these fundamental elements:

What Should You Include in Test Cases?

Testing is essential throughout the software development lifecycle and the secret to long-term development success. The most common kind of automated Salesforce testing is the Salesforce Apex testing framework. Apex tests are required when writing code in Apex, but can also be used to test other non-code logic. Tests for Salesforce Flows and Jest tests for Lightning Web Components and Aura Components are also becoming more commonplace.

These kinds of tests are generally what are called “unit tests” in that they test particular units of logic. Unit testing is the base layer of the software testing pyramid. Unit tests are designed to run quickly and to test very isolated pieces of functionality. That makes them great for giving fast feedback to developers, but inadequate for ensuring that changes didn’t lead to side effects. The next two layers in the testing pyramid, service tests and UI tests, are intended to test progressively larger and more integrated functionality. UI tests in particular test at the UI layer and so are able to help ensure the end user experience is not compromised. 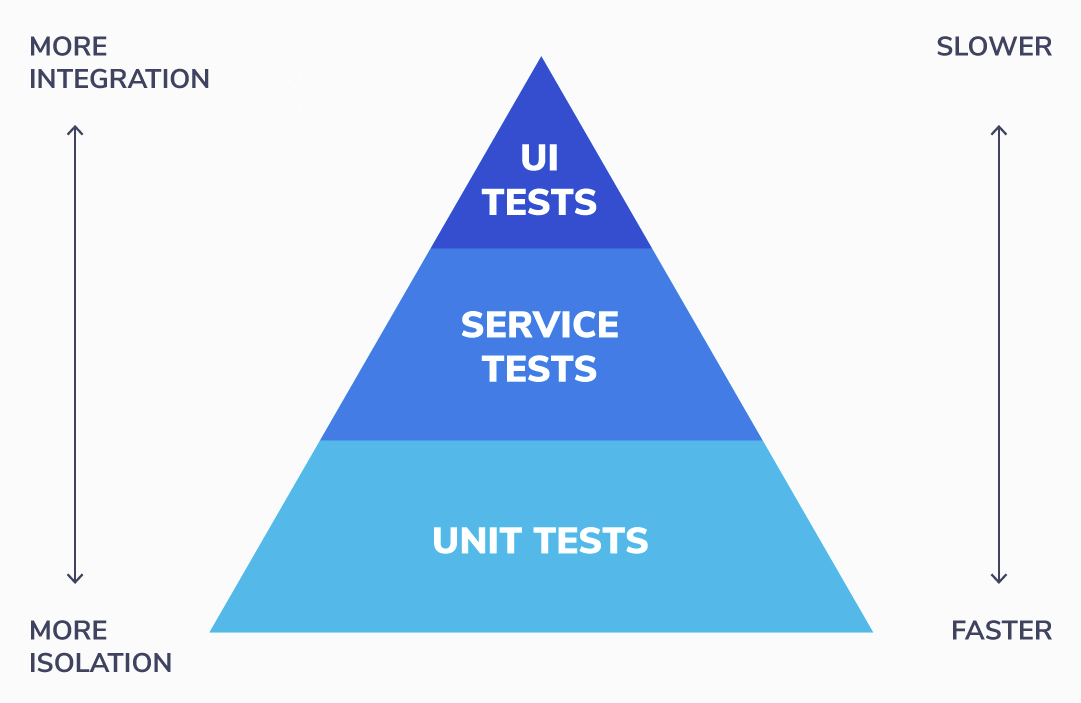 It’s critical to write good unit tests, but good unit tests alone will not protect your whole system. For that, you need to layer on service tests and UI tests.

While unit tests are typically written by coders in languages like Apex or JavaScript, service tests and UI tests need to test higher-level functionality that can span many parts of a system or even across multiple platforms. Tools for UI testing in particular need to make it as easy to test the system as it is to change the system.

It’s critical to write good unit tests, but good unit tests alone will not protect your whole system. For that, you need to layer on service tests and UI tests.

While unit tests are typically written by coders in languages like Apex or JavaScript, service tests and UI tests need to test higher-level functionality that can span many parts of a system or even across multiple platforms. Tools for UI testing in particular need to make it as easy to test the system as it is to change the system.

Software testing is a defensive effort made to cut costs and reduce the risks associated with development. Your testing procedures should protect all business-critical processes and ensure that bugs aren't released into production, leading to serious downtime and reputation damage.

Our testing solutions will help you test 10x faster on the Salesforce platform and with 78% fewer failures.

Even though testing is necessary to reduce risk and support development, many testing teams rely more heavily on manual testing than necessary. These teams might not have the support and tools needed to guarantee sufficient testing is carried out.

When there’s a lack of experienced testers and testing time is constrained, over-reliance on manual testing often results in bad outcomes; low-code automated testing tools can help. Copado’s automated testing solutions can help you perform scalable end-to-end testing and enable you to make changes to your Salesforce org quickly and with confidence.