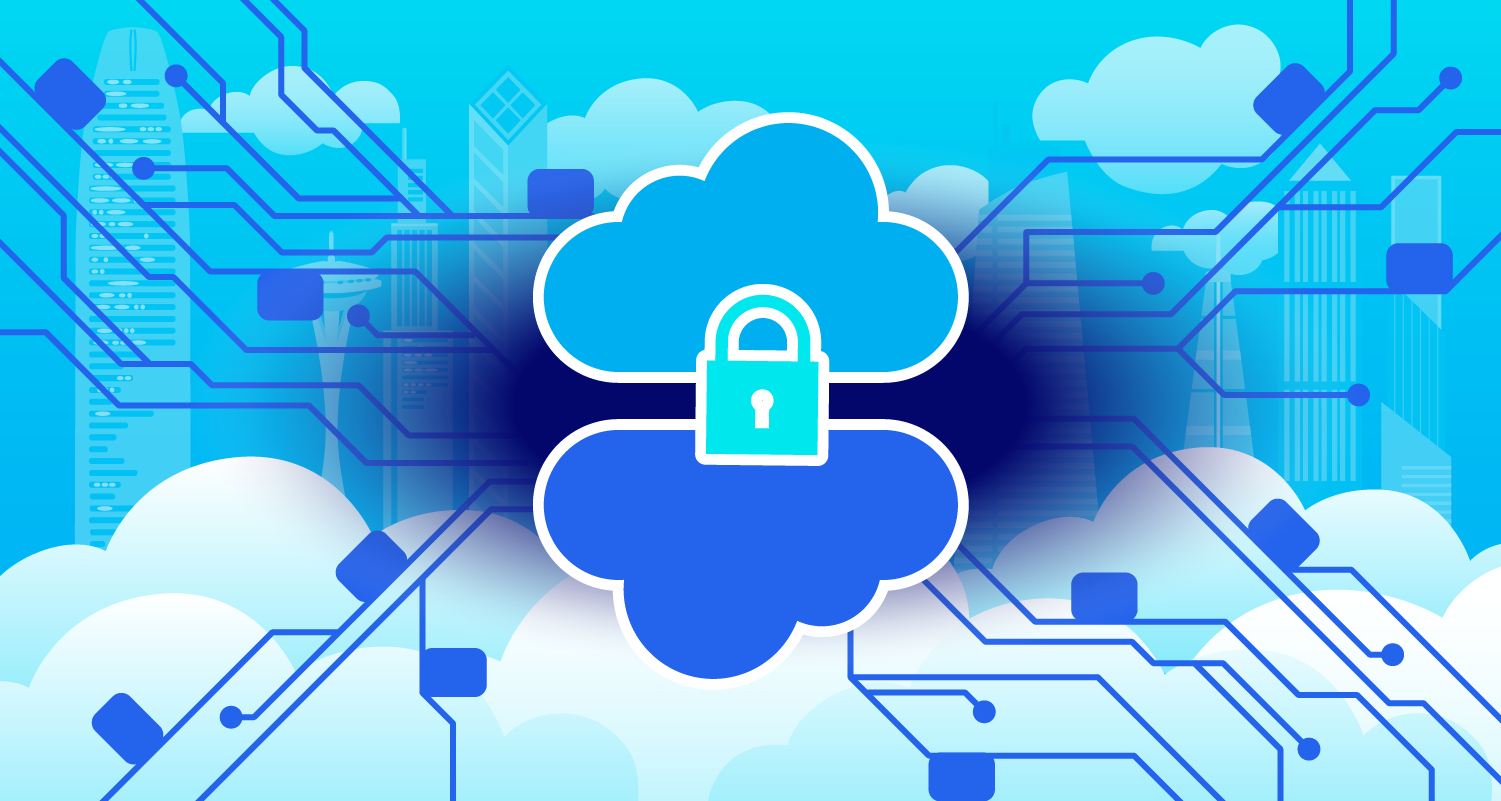 A multi-cloud infrastructure is one in which several cloud services and platforms are combined into a single unified environment. While a multi-cloud approach has many benefits, it can be more challenging to keep such an environment secure. Traditional, hardware-based firewall appliances were designed to create a perimeter around a single network but often aren’t equipped to extend their protection to one or more public clouds. That’s why implementing firewall technologies specifically designed for multi-cloud environments is so important.

Virtual firewalls are software-based firewalls that monitor and control traffic flowing into and out of virtualized environments. A virtual firewall can protect on-premise or private cloud VMs, hosts, and platforms. Therefore, they are ideal for organizations with a multi-cloud hybrid deployment.

A cloud firewall, also called a cloud-based firewall or Firewall-as-a-Service (FWaaS), is a software-based firewall hosted entirely in the cloud. A cloud firewall delivers network filtering and intrusion prevention functionality as a completely decoupled service from a hardware product or virtual OS. So, instead of installing multiple physical or virtual firewalls, you route all enterprise network traffic through the cloud-based service.

This separation often makes cloud firewalls less expensive than virtual firewalls because you purchase a converged product instead of software licenses for an arbitrary number of virtual instances. Additionally, you don’t need to install, patch, or maintain any physical or virtual hardware. This feature can make FWaaS easier to manage and allows for faster scaling. The downside is that routing all network traffic through a single cloud firewall can create bottlenecks and affect performance.

A cloud firewall works by creating a secure perimeter around each cloud, virtual network, instance, or service running in your multi-cloud environment. Frequently, FWaaS can be configured to inspect both north-south traffic (network traffic flowing from your cloud to the outside world) and east-west traffic (network traffic flowing between systems and clouds within your enterprise). An east-west firewall allows you to segment your network and create granular security policies for each cloud resource, which enables more robust security in a multi-cloud environment.

Security Service Edge, or SSE, is an emerging cybersecurity methodology introduced by Gartner in 2021. SSE combines multiple cloud-based security services into a single platform. Thus consolidating many different multi-cloud security technologies behind a single pane of glass for easier and more efficient management. Some examples of the services included in a typical SSE technology stack include:

SSE is often used in conjunction with software-defined WANs, or SD-WAN. SD-WAN enables intelligent routing of remote traffic (e.g., work-from-home users, branch offices, etc.) through an SSE platform, so traffic doesn’t need to go through the enterprise network first. This method helps reduce the load on the primary network while still ensuring enterprise security policies and controls are being applied. When SSE and SD-WAN technology are combined into a single solution, it’s frequently referred to as Secure Access Service Edge, or SASE (pronounced “sassy”).

If your multi-cloud environment also includes cloud native applications, you must implement firewall technologies that are compatible with containers and microservices. Protecting traffic to, from, and between cloud native services can be challenging for a couple of reasons.

First, container endpoints are frequently created and destroyed. That means their IP addresses often change, which makes traditional firewall rules (which restrict or allow network requests based on an endpoint’s IP address) impossible to create and enforce.

Second, cloud native applications are designed to auto-scale, which means new containers automatically spin up and down according to demand at any given time. Traditional firewalls usually aren’t able to quickly and easily scale on-demand to account for sudden increases in new instances, which makes it difficult to take advantage of container auto-scaling without sacrificing security.

Each multi-cloud firewall technology described above has benefits and drawbacks that will vary depending on your unique environment. Before you choose an approach, you should conduct a thorough analysis of your existing network and systems to determine your current security requirements and take into consideration any organizational plans for future cloud initiatives. For example, if there’s a possibility that an existing cloud application will be migrated to a different cloud in the future, then firewall portability should factor into your priorities. Or, if your organization is discussing the potential for developing a new cloud native application, then you should prioritize a cloud native firewall.