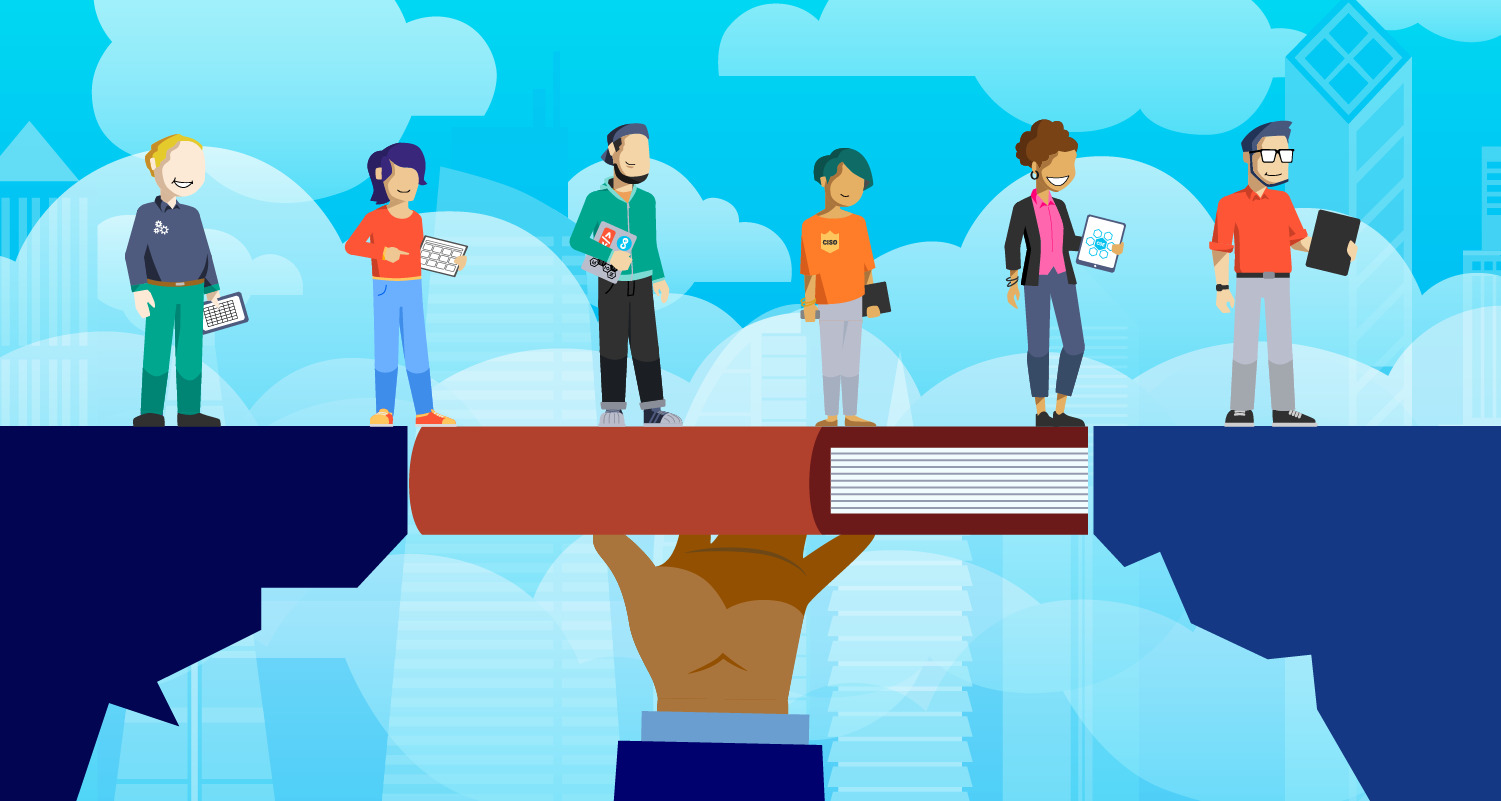 Enterprises need developers. They are hiring almost 200,000 developers annually and not slowing down. The digital skills gap will only grow as these individuals are pulled into higher-need areas and low priority tasks take a back seat. Your enterprise's low-code users can fill critical skills gaps via platforms like Salesforce, but without outside resources, limitations remain regarding testing and other key quality assurance methods. Additional training combined with low-code testing tools can improve results.

How Business Users are Closing the Digital Skills Gap

Agile development methodologies respond to rapid, ever-changing business needs. But even Agile methods that allow developers to work closely with business experts aren't perfect. There's still a disconnection between process and knowledge. Low-code development solves many of these problems. It allows businesses to tackle issues related to:

Low-code has been a game-changer for enterprises because it allows them to tackle such major initiatives with existing resources. However, there have been a few areas where low-code has not offered those same returns.

Room to Improve in Low-Code Development

A low-code Salesforce developer could probably create an entire AI-driven workflow program faster than they could run a simple automated test on that exact same scenario. That's because Salesforce is set up to focus on business-facing solutions. In many cases, developers aren't even dealing with code aspects of low-code. They're developing entirely no-code through the graphical interface.

Low-code provides more challenges — and opportunities — than no-code because there is room for traditional development. There may be in-system interfaces that allow users to interact with the underlying system code. This helps many Salesforce developers to create highly customized solutions — that they're often incapable of testing efficiently.

Intelligent test automation isn't heavily covered in low-code development because it's assumed that the platform will take care of much of that for the user. However, most platforms only provide testing solutions and support for out-of-the-box functionality. With all the interconnections between systems and the ability to customize in certain environments, end-to-end testing is vital.

Taking Low-Code Development to the Next Level

Low-code testing is the next logical step for any developer looking to expand their skills. Most training options for low-code developers will be platform-specific. Salesforce's Marketing Cloud Administrator is a good example. While it's a great course, it's specifically designed to work with that platform.

Low-code testing, meanwhile, is a skill that transcends platforms. It applies to the entire end-to-end process. By learning these skills, these developers will exponentially increase their abilities. It's also a significant benefit to enterprises that no longer have to leave testing in the hands of hard-to-hire developers. Of course, successful test automation requires selecting the right tools.

The best solution will use declarative coding philosophies, combined with machine learning and AI, to guide individuals through test creation. Coding is completed in a clear language that's easy to understand. You can turn business processes into test cases seamlessly with screen recording tools that allow users to teach the system the ideal outcome.

Copado Robotic Testing has created such a tool, as well as an accompanying certification program. It's an option that provides low-code developers support and knowledge to take their skills to the next level.

The digital skills gap is closing with the help of low-code platforms, though there are still missing pieces in quality control and testing. Experienced software developers traditionally tackle these steps, though their time could be better spent elsewhere. Shifting testing to low-code developers through software solutions and certifications is a far better solution.